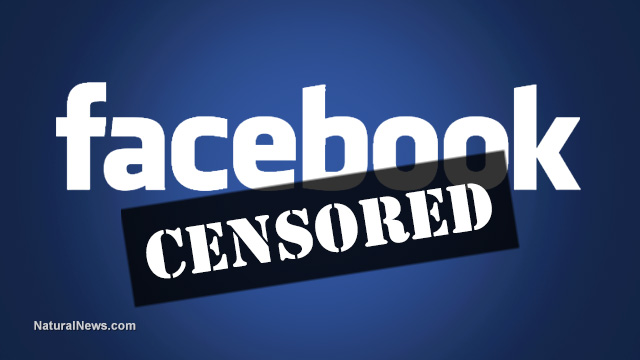 (NaturalNews) Talk radio giant Rush Limbaugh and others refer to the world’s biggest social media site as “Fakebook,” and there’s a reason for that: Much of what users see is manufactured to fit certain narratives, while keeping the truth about certain other subjects and issues out of the picture.

In recent days there has been much buzz over the allegation that Facebook censors its “trending” news stories to drown out conservative and right-leaning news and websites, even if those stories are in fact trending across the Web. Former Facebook “news curators” – the editors responsible for identifying those trending stories, writing up short descriptions and adding a link to the stories in the trending section – said there was a concerted effort to push Left-wing and liberal news sites, even if their stories weren’t trending.

But now, as Breitbart News is reporting, advocates for trimming immigration into the U.S. say those claims are just the beginning.

The immigration control advocates say that Facebook also suppresses users who promote material that could ultimately undermine the social media giant’s lobbying efforts to expand immigration law to include more [cheaper] foreign labor. They also say that FB has stopped being a fair communications facilitator and now is, instead, a “political combatant” that is used much the way Left-wing academics use college campuses to trash conservatism and promote all manner of liberal causes.

“The allegations raise difficult questions about the new media landscape, where multinational, multi-billion dollar corporations simultaneously exert extraordinary control over people’s access to information and perception of world events, while at the same time lobbying for controversial changes to federal law that would expand their profits at the expense of the very people who use their service.”

“Facebook is intentionally suppressing our traffic and hiding our stories in people’s newsfeeds,” said Patty McMurray, co-founder of the group 100% Fed Up.

“[The censorship] has everything to do with immigration,” McMurray added. “When we started covering immigration and began promoting reports from the Refugee Resettlement Watch, all of a sudden our [Facebook] engagement dropped even though our followers were growing by the day. We couldn’t figure out why our page was crashing and burning.”

“Facebook’s usual mode of operation is to sandbag the communications of immigration reduction groups in a way that we can’t [immediately] detect,” noted William Gheen, founder of the Americans for Legal Immigration PAC (ALIPAC) grassroots organization. “You can’t defend yourself against censorship if you’re not even aware of its taking place.”

For our part, here at Natural News, we have witnessed Facebook suppress our stories on vaccines, especially during the recent outbreak of measles at Disneyland. Our own stories were suppressed and sequestered from the site’s pages.

We’re obviously not alone. In August, Facebook banned four reports that demonstrated the negative impact of mass migration on American jobs and wages. (Facebook officials called that an ‘error.’) The reports, all based on documentable, factual data, were authored by the Center for Immigration Studies, a nonpartisan organization.

“[It’s] disturbing that Facebook, owned by immigration-expansionist Mark Zuckerberg, has banned four reports published by the center … pertaining to jobs and immigration,” the organization wrote at the time.

Even after Facebook said the bans were a mistake, CIS remained skeptical.

“Facebook has still not responded directly to the Center for Immigration Studies as to why four of our job studies were marked ‘abusive’ and blocked. They did, however, advise media outlets there was an error in their system,” Marguerite Telford, a spokesperson for CIS, told Breitbart.

“It is interesting that of the many reports published by the Center, only the reports relating to immigration’s impact on the U.S. job market were blocked by Facebook,” the CIS spokesman said. “The government data showed that American workers are clearly impacted by high levels of immigration– information imperative to the immigration policy debate.”

“Every time I threaten to take legal action [against Facebook’s censorship], I get the same response: ‘Glitch. Mistake. Sorry.'” said anti-amnesty filmmaker Dennis Michael Lynch. “It is total censorship, and there is no question it is an effort by those at Facebook who want to muffle the sounds of people like myself,” Lynch said. “It’s a total cover up.”