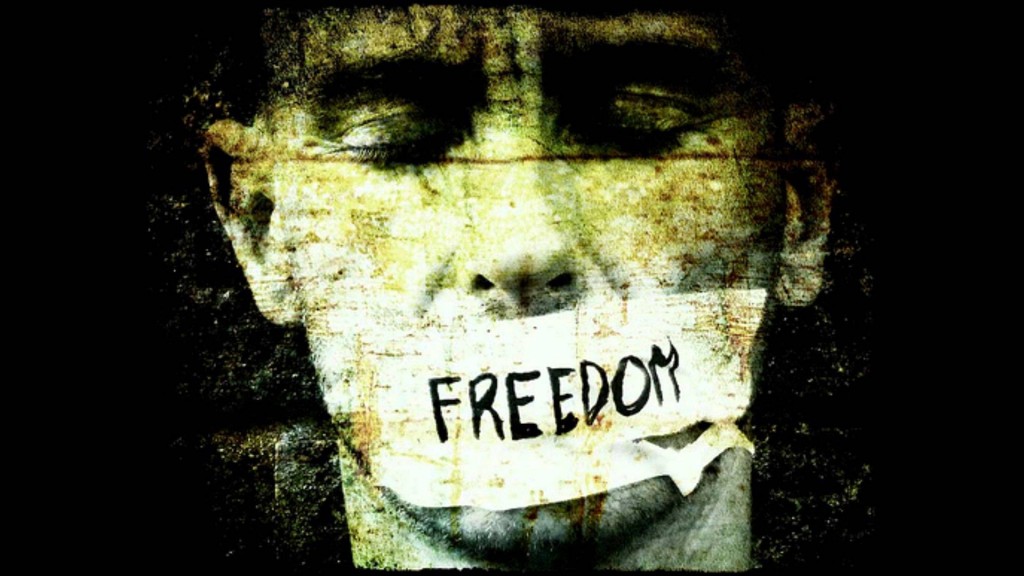 Censorship is still a big issue around the world. Censorship remains at high levels in many countries, despite the fact that we tend to think we live in a world without that much of it (at least in the so-called “enlightened and developed West”). Why are censorship levels so high? There can really only be one reason for it in the end: our so-called “authorities” are afraid of free thought, free speech and the free flow of information. Why? Because it would uncover their secrets, expose their corruption, contradict their fake narratives, dissolve mental structures and undo notions of citizen obedience and civic duty that have been drilled into us since birth, mainly through military- and Rockefeller-influenced education.

Rampant Censorship Around the World

If you are still in any doubt about the blatant levels of censorship that exist in our world today, take a look at the following examples. Just days ago, Israel threatened to ban “contrary to reality” headlines by annulling the press credentials of journalists and editors who used them. Turkey has been arresting journalists for years, and things have sharply escalated with the very dictatorial President Erdogan who got busted buying oil from and supplying weapons to ISIS. (Erdogan, by the way, is the very same guy that is still trying to get a Turkish citizen thrown in prison for “insulting the President” because the man compared Erdogan to Gollum from Lord of the Rings.) Some nations take it even further; in Thailand you can actually get imprisoned not only for insulting the King, but also for insulting the king’s dog.

China is so scared of the free flow of information that they have enormous firewalls maintained by their “Ministry of Truth” that gets to decide what people can and cannot see and read online. In Eritrea and North Korea, there is no independent journalism; all news media is published by the State. Even in the US, where freedom of the press is enshrined and protected in the 1st Amendment, Congresswomen Dianne Feinstein in 2013 put forth an amendment to narrow the definition of journalism and weed out those who were not, as considered by her, “real reporters”.

Europe, it seems, is doing its best not to be left out of the censorship list. Just this week, the highest court in the European Union was hearing arguments to ban hyperlinks. That’s right: in an extraordinary example of governmental overreach, Europe is actually thinking about upholding a law to ban you from linking to other content and sites on the Internet! What’s coming next? Wait for it … a law requiring that we ask the Government the permission to breathe?

It is no understatement to say that linking to other sites is one of the key foundational mechanisms of the entire Internet. It’s a basic building block of the Web. Independent journalist Matt Drudge warned this was coming in October 2015 when he revealed that copyright laws could ban hyperlinking, and that he was told by a Supreme Court justice that “they’ve got the votes now to enforce copyright law”.

Operation Mockingbird was a CIA Project that began around the late 1940s/early 1950s, led by Frank Wisner, Cord Meyer and Allen Dulles – the latter being the notorious CIA Director who was the ringleader of the men who killed JFK. Of course, control of the media is a central component in any would-be tyrant’s agenda; it is no surprise that such a scheme has been outlined in key conspiracy documents such as the The Protocols of the Learned Elders of Zion, the 10 planks of Communism and also in Orwell’s 1984. By 1975 the control of the press in America by the CIA was so obvious that Senator Frank Church launched an investigation into it.

The Agency’s relationship with [The New York] Times was by far its most valuable among newspapers, according to CIA officials. [It was] general Times policy … to provide assistance to the CIA whenever possible. – The CIA and the Media, by Carl Bernstein

The Mockingbird has never died. The evidence indicates that censorship in America is worse under Obama than before (see the article Obama Is More Hostile Towards The Press Than Any President In History). In 2015, the US dropped to 49th place in the world for press freedom, behind Malta, Niger, Burkino Faso, El Salvador, Tonga, Chile and Botswana. Meanwhile, the CIA continues to control foreign journalists, such as the ones in Germany, and bribes them to write anti-Russian propaganda, as revealed by Udo Ulfkotte. Udo admitted he was “educated to lie and betray, not to tell the truth to the public … by the CIA.”

There is not just a lot of political censorship. Look at the massive amount of censorship that exists in the area of health, medicine and nutrition. Big Pharma is given free rein to say anything it wants, yet makers of natural health products can’t truthfully say what a health product does, what effects it has or what results it has. Often, they can’t show testimonials either, thanks to the free speech gestapo at the FDA. All the health censorship is obviously designed to protect the Rockefeller-Big Pharma monopoly on drugs, and prevent people from knowing the truth about natural alternatives and taking their health into their own hands.

It operates on the premise that if people’s feelings get hurt by certain words, or if people feel insulted, offended or irritated by certain languages, then they have the right to get the State to outlaw that language. As Carlin says:

(Political correctness) presents itself as fairness, yet attempts to restrict and control people’s language with strict codes and rigid rules … I’m not sure silencing people, or forcing them to alter their speech, is the best method for solving problems that go much deeper than speech.

Political correctness works by using guilt and shaming you into using certain words or phrases, and not using others. It often stands reality on its head, with a verbal sleight of hand. It is a clever way to force people to police themselves, and to control the spectrum of allowable thought and speech. It needs to be exposed and resisted by all freedom-loving people.

Censorship Only Exists Because the Truth is So Powerful

Although this topic of censorship is a sad one, do not be depressed. There is a positive and fundamental truth underlying this issue. Authorities only censor information because THEY can’t handle the truth, not the reverse as it commonly thought. Governments around the world engage in censorship because they are afraid, deadly afraid, of how the free flow of information could undermine their power base. At one level, they don’t trust people to read for themselves, think for themselves and judge the news for themselves. At another level, they fear the exposure of their secrets and corruption.

Truth will always be more powerful than lies. And ultimately, a lie can only be censored and can only exist for so long until it is uncovered, exposed, disbelieved and tossed away. Today, we live in an age of uncovering lies and promoting the truth as has never happened before.