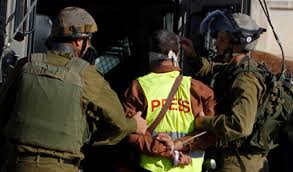 At the very onset of what would become the Soviet Empire, Vladimir Lenin decreed the creation of a national internal army called the “Cheka.” The Cheka were handed very broad police powers and tasked with the disruption and elimination of any form of dissent within the communist system. Lenin launched what would later be known as the “Red Terror”, in which nearly every Russian population center had an established Cheka office of operations using surveillance, infiltration, nighttime raids, imprisonment, torture and execution to silence opposition to the authority of the state.

Some of these people were active rebels, some were outspoken political opponents and journalists, others were merely average citizens wrongly accused by neighbors or personal enemies. The Cheka created a society of fear and suspicion in which no one could be trusted and little criticism was spoken above a whisper anywhere, even in one’s own home.

It is important to note, however, that the dominance of the Cheka was established incrementally, not all at once.

Agents of the state began their “cleansing” of the Russian population by targeting specific groups at opportune times and worked their way through the citizenry at an exponential pace. The most intelligent, effective and dangerous activists and rebels were slated for destruction first, as they represented a kind of leadership mechanism by which the rest of the population might be mobilized or inspired. More innocuous organizations (like Christian churches and rural farmers) were persecuted as background noise while the political mop-up was underway.

Through this incrementalism, the communists were able to intern or eradicate vast numbers of potential opponents without the rest of Russians raising objections. The general populace was simply thankful that the eye of the Cheka had not been turned upon them, and as long as it was some other group of people unrelated to their daily life that disappeared in the night, they would keep their heads down and their mouths shut.

I would point out that the communists were very careful and deliberate in ensuring that the actions of the internal police were made valid through law and rationalized as a part of “class struggle.” Such laws were left so open to interpretation that literally any evil committed could later be vindicated. Man-made law is often a more powerful weapon than any gun, tank, plane or missile, because it triggers apathy within the masses. For some strange reason, when corrupt governments legalize their criminality through legislation or executive decree, the citizenry suddenly treats that criminality as legitimate and excusable.

Incremental prosecution and oppression is effective when the establishment wishes to avoid outright confrontation with a population. Attempt to snatch up a million people at one time, and you will have an immediate rebellion on your hands. Snatch up a million people one man at a time, or small groups at a time, and people do not know what to think or how to respond. They determine to hope that the authorities never get to them, that it will stop after a few initial arrests, or they hope that if they censor themselves completely, they will never be noticed.

In fact, corrupt governments issue warrants of arrest for a handful of dissenters and initiate imprisonment in a very public manner in the beginning with the express purpose of making examples and inspiring self censorship in the masses so that the authorities do not have to expend large amounts of resources to fight a more complex rebellion.

I bring up the historic example of the Cheka and incrementalism because a trend is brewing within our current establishment by which I believe a similar (if not more sterilized) brand of oppressive action is being planned against the liberty movement.