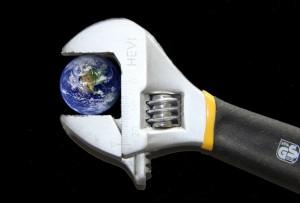 James Hansen, director of the NASA Goddard Institute for Space Studies and eco-fascist, predicts that the warming of the Earth is happening and his “projections about increasing global temperature have been proved true. But I failed to fully explore how quickly that average rise would drive an increase in extreme weather .”

The alarmist scientists claim that the global temperature has risen an estimated 0.8 degrees Celsius because of recent extreme events that are occurring with more frequency.

The study, headed by Professor Richard Muller, physicist with the Berkeley Earth Surface Temperature (BEST) was startled by the findings and commented: “We were not expecting this, but as scientists, it is our duty to let the evidence change our minds.” Muller, once a skeptic, now claims he is “converted”.

The team of scientists at Berkeley used data provided by NASA, NOAA and various weather station records. Funding for the project partly comes from the Charles G Koch Charitable Foundation. Another $100,000 in monies was provided by the Fund for Innovative Climate and Energy Research which was created by Bill Gates.

The most startling “evidence” in favor of man-made climate change is funded by many globalist organizations who are also heavily investing in geoengineering projects to alter the weather of the Earth in support of their false claims.

Andrew Weaver, professor and supporter of Hansen, calls his study excellent “and re-frames the question.”

In his paper, Hansen says “some additional warming will occur over the next few decades. However, we can slow, halt and reverse global warming over a period of several decades. The key requirement is to stop subsidizing fossil fuels and to begin to collect a fee from fossil fuel companies in proportion to the amount of carbon they are putting into the air.”