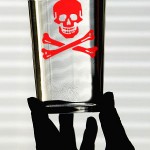 Hundreds of brave dentists speak out against water fluoridation

(NaturalNews) It takes a special kind of humility for a medical professional to admit that something he or she was taught in medical school, and has long since clung to as fact, is actually false. But a growing number of dentists from around the world, many of whom formerly supported water fluoridation, are now boldly speaking out against it as a long-held, unsubstantiated medical dogma purported to prevent tooth decay, but that actually damages health and provides no legitimate oral health benefits.

Recently, there has been intense pressure in many communities to remove fluoride chemicals from water supplies. Particularly in the US where fluoridation is quite common, many local residents have been sending information about fluoride’s dangers to their city council members, and even attending and speaking at meetings.

But what is often missing from reports about anti-fluoridation efforts is the fact that many medical professionals, including dentists, are also in agreement that fluoride ingestion is dangerous. In other words, these are not just concerned citizens without medical degrees that are raising an issue, but they are people that have been extensively educated in oral health.

“When I graduated from University, we weren’t given any information about where [fluoride] came from,” says Dentist Caree Alexander, a former Navy practitioner who also had a private dental practice for 20 years, in the documentary FIRE WATER: Australia’s Industrial Fluoridation Disgrace. “We all assumed it was [pharmaceutical-grade] calcium fluoride.”

You can watch the official full-length documentary for free at:
http://www.youtube.com/watch?v=XfiC…

Other prominent dentists that have spoken out against fluoride include Dr. Thomas Connelly from New York City; Dr. Andrew Harms, former president of the Australian Dental Association; Dentist Hardy Limeback, PhD, from the University of Toronto’s Department of Preventive Dentistry; Dentist Bill Osmunson from the Fluoride Action Network (FAN); and Dentist David Kennedy from the International Academy of Oral Medicine and Toxicology (IAOMT), just to name a few.

“My [published] work showed that fluoride accumulates in the human pineal gland and lowers melatonin production in animals,” says Dentist Jennifer Luke, PhD. “I find it extraordinary that no government promoting fluoridation has chosen to pursue these worrying findings.”

Beyond simply ignoring the science surrounding fluoride’s dangers, the US government and its media pawns routinely take the offensive against those opposed to water fluoridation, slandering them as paranoid conspiracy theorists. But there is no denying that thousands of medical professionals, including dentists, are adamantly against it as well.

More than 3,790 professionals, 324 of which are dentists, have already signed FAN’s Call for an End to Water Fluoridation, which you can view here:
http://www.fluoridealert.org/profes…

You can also learn more about the dangers of fluoride by visiting:
http://www.fluoridealert.org