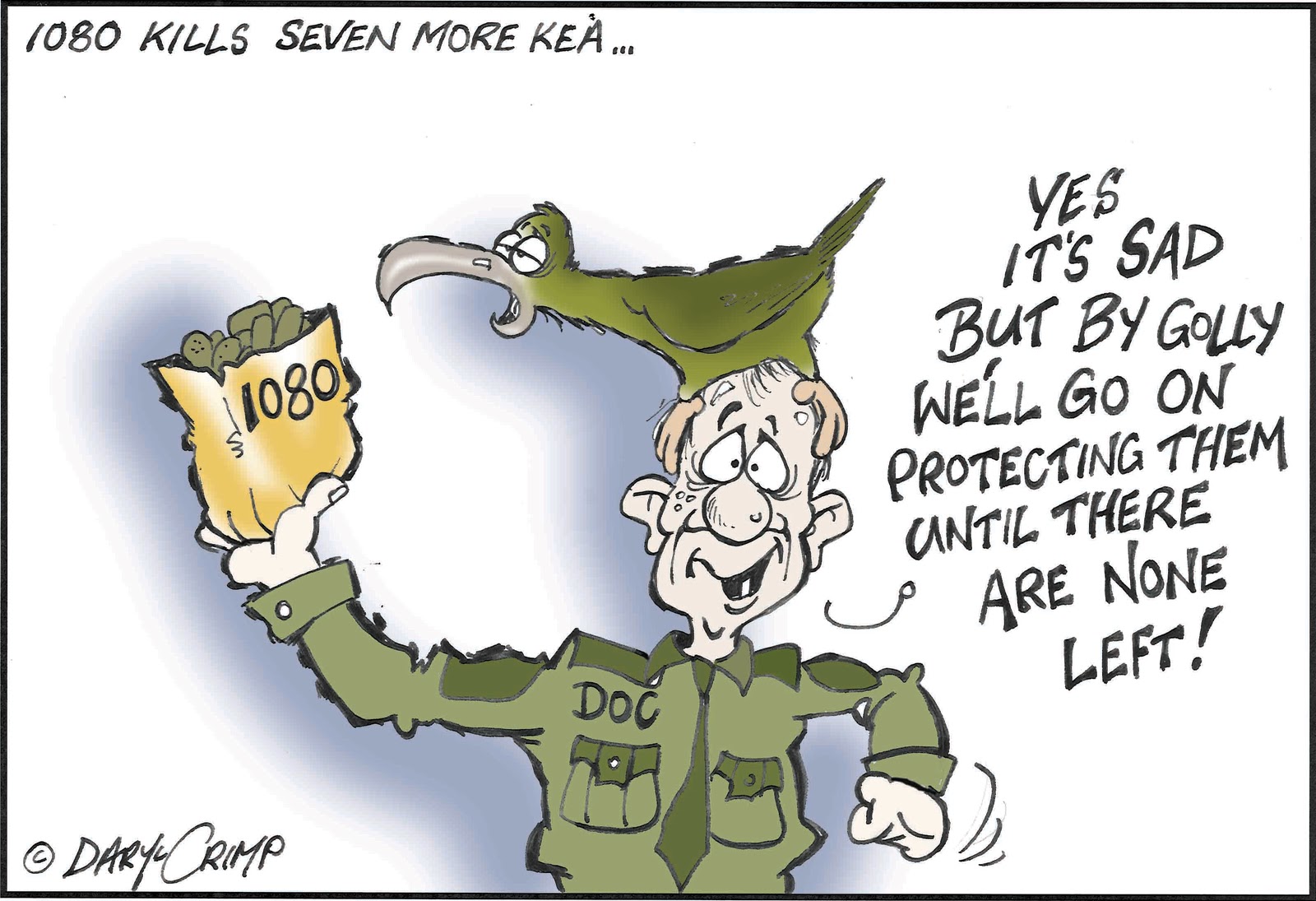 The University Of Otago, Geography Dept, recently released the results of a 1080 survey in Te Anau; a social science analysis of one of New Zealand’s most controversial environmental debates.

While it deals with the social impact, it fails to acknowledge the factual side of the anti-1080 argument, that NZ is the only 1080 country in effect and the ‘paid’ corrupted science used by DoC.

Any sensible, intelligent person would have to be extremely concerned about the future of this country when young students believe that “because it’s cheaper” that it is acceptable to slowly torture animals and birds to death. Quite frankly it’s extremely disturbing and sickening.

“The Fiordland College Students exemplified how local discussion and scientific education can conflict.

We wonder how many of these students had witnessed an animal die from 1080 or watched videos of animals dying. Supply selective material and you get no debate, supply all available material and that change’s quickly

In class, students had analysed various pest control methods and the science behind them with data from their own trapping on the Kepler track.

A student noted that for “almost the entire class, the conclusion for that internal was, we recommend aerial drops of 1080 because it’s cheaper and poison is clearly the only way to reduce the numbers.

Are the students brainwashed as well. When they believe gross cruelty and death better because it cheaper…

The students came to this decision having been exposed a combination of information sources on which to base their opinion: educational, actively involved experience, emotional experiences, social media and local or family discussion.

The type of knowledge available and visible to individuals can influence what information is used to form an opinion. It is an interesting result that these students came to similar pro-1080 conclusions despite being no doubt being exposed to visible anti-1080 rhetoric’s within the community. An assumption that is severely flawed.

An example of such a relationship is between DoC and the Wapiti Foundation. The Wapiti Foundation is an organisation that leases land from DoC in Fiordland National Park to run a hunting scheme for the prized Wapiti deer. The business is a big market for game hunting and has an international reputation. In other words we won’t dump 1080 on the Wapiti areas if you support 1080 poisoning.

The severity of mistrust of DoC causes problems for their public popularity. The issue of DoC’s lack of transparency exemplifies the knowledge, communication and trust nexus, where the information DoC releases to the public either gains or erodes the public’s trust in them.
DoC describes the need to release good news stories over failures due to the pressure to maintain that public trust by being viewed as successful in their job.

The back-lash DoC receives for bad news stories entices them not to share them, only then to be criticised for not being transparent.