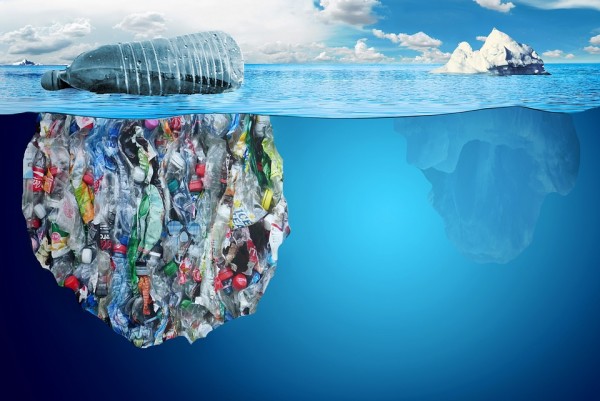 A devastating sight came to shore last year, when over a dozen whales beached themselves along the German coastline. Four of the 13 stranded sperm whales had stomachs filled with plastic trash and other garbage — a sign of the times and a clear indicator that humans are taking their toll across the globe.

“These findings show us the results of our plastic-oriented society. Animals inadvertently consume plastic and plastic waste, which causes them to suffer, and at worst, causes them to starve with full stomachs,” Robert Habeck,  the environment minister for the state of Schleswig-Holstein, commented.

The 13 whales were stranded in January and February of 2016 along Schleswig-Holstein’s North Sea coast.  Professor Ursula Siebert, head of the Institute for Terrestrial and Aquatic Wildlife Research at the Tierärztliche Hochschule Hannover (ITAW), worked with her team to investigate. The team confirmed that all of the whales were young, between 10 and 15 years old — none of them had reached maturity yet. Though several had stomachs filled with plastic, further investigation revealed that was not their ultimate cause of death; the scientists concluded that the sperm whales died of heart failure. A tragedy, nonetheless — and further, you might question if the plastic garbage still may have contributed to the whales’ untimely demise in one way or another. Nearly 30 whales were found on the shores of Germany in the span of just a few months during 2016.

Regardless, ocean pollution — in all its various forms — is a real problem. When it comes to whales, this was not the first time members of the behemoth marine creatures were found dead with stomachs filled with plastic. And unless humans do something to stop their unyielding wave of plastic pollution, it probably won’t be the last time, either.

As True Activist reports, back in 2011 another whale was found with a stomach full of plastic off the Greek island of Myokonos. The young whale’s stomach was so distended, scientists thought it had ingested a giant squid. What they found though, was that the poor creature had actually consumed over 100 plastic bags and other garbage.

More recently, a whale found in Norway was discovered to have consumed over 30 plastic bags as well. In early 2017, the young, malnourished whale had to be put down by local wardens after it got stranded and was in serious distress. The Daily Mail reported that the whale was emaciated and had little blubber, which led investigators to posit that the whale was malnourished. At the University of Bergen, researchers dissected the whale and found its stomach was filled with garbage.

Incidents like this occur on a regular basis, and every time is more disheartening than the last. When will enough be enough? Plastic waste has already become a planetary scourge and the problem is only going to get worse. Experts estimate that by the year 2050, there will be more pieces of plastic in the ocean than fish. If that doesn’t paint a clear enough picture, current estimates suggest that there are already five trillion pieces of garbage floating in the ocean—how much more until we destroy the oceans completely? And further, what will happen when it’s too late and there’s no recourse?

While climate-change enthusiasts are harping about something that may never actually come to be, there is real damage being done to the environment and the animals that live in it right now.