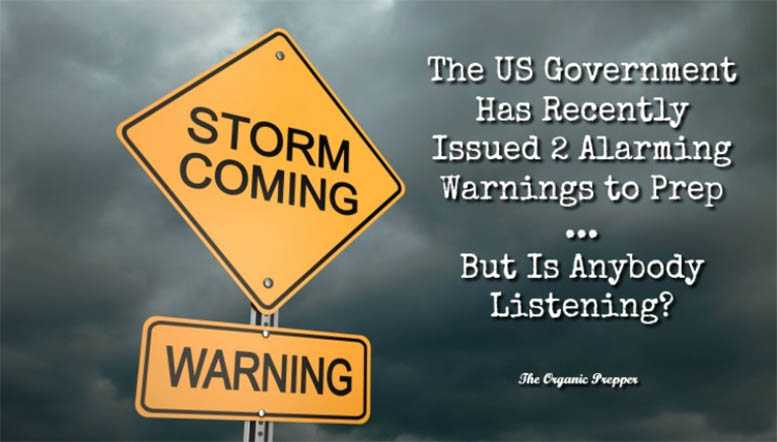 When the US government steps outside of the apple pie and baseball narrative of the American Dream and issues warnings to prep, you’d better pay strict attention and start upping your preparedness game.  (Whether you believe that the threat to prep for is manufactured to engineer consent or not is, while an interesting debate, is entirely beside the point of this article.)

The US government, much like the ones in Venezuela and Greece, likes to paint a rosy picture of life in our country, often to the point that those who are awake are incredulous that others accept the propaganda.  Sort of like when Obama said that anyone who claimed there was something wrong with the US economy was a peddler of fiction.  Or when Venezuelan President Maduro said last year that they were merely being environmentally friendly when they began rationing electricity.

But what does it mean when that rosy picture gets a huge rip down the center? Particularly when the rip comes straight from the government, whose usual job it is to photoshop the rips so no one sees them?

I can give you a recent example. Remember how President Maduro said there was no food shortage for the longest time? Then suddenly, he announced that the country was out of food (as though the crisis hadn’t been building all along) and recommended that folks grow veggies and raise chickens on their balconies.  And then, all hell broke loose.  The country is out of positively everything and what is available is dramatically hyperinflated. (A dozen eggs for $150, anyone?)