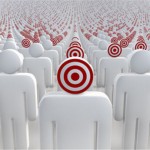 The Bill and Melinda Gates Foundation was created over a decade ago. They have been responsible for vaccine programs across the globe.

The Gates Foundation is focusing on controlling population in poor countries with drugs like Depo-Provera. By pouring funding into the supply chains and relationships with the pharmaceutical corporations, they plan on bringing this drug to the developing world.

Melinda Gates has made this issue her personal mission. Gates announced her new emphasis on contraception in a staff meeting to a room full of applause.
The Gates Foundation is teaming up with the British government in raising $4 billion to fund their birth control agenda worldwide by 2020.

Melinda Gates would like to see her agenda turned into a global movement. “When I started to realize that that needed to get done in family planning, I finally said, OK, I’m the person that’s going to do that,” she says.

By calling her mission “family-planning programs” Gates hopes to shift the focus of their agenda from their plan to secure a coercive population control strategy.

Gates justification for her invasive presence in the lives of women and children in poor countries is that 100,000 women die in child birth from unintended pregnancies.

The global family planning issue is been carted as a national security issue. Gates is purveying the rising birth rates in poor countries as an international over population situation. They are using a fear-mongering assertion that population instability leads to vulnerability to communist revolution.