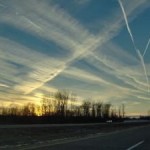 The US Geological Survey has been analyzing rising sea levels from North Carolina to Boston and expect there to be a doubling of current levels. By 2050, the sea levels are assumed to be higher than 1.5 feet, according to Department of Natural Resources and Environmental Control in Delaware. Several federal and state-sponsored scientific agencies agree. Computer models say a 3 foot rise would flood waterside communities along the Eastern seaboard.

Alarmists claim we are just a few years away from a “tipping point” where current weather patterns will become drastically different – as evidenced by comparison of the changes in the last few decades. The US Department of Energy published a report that shows CO2 emissions in the US have dropped; yet not enough to stave off the devastation of the tipping point.

Rich Collins, member of Delaware’s Sea-Level Rise Advisory Committee , explains: “I have real concerns, because there are many environmental programs that I believe are designed to drive people away from the water.”

David Keith, director of the Institute for Sustainable Energy, Environment and Economy is pushing the releasing of nanotechnology with sulfuric aerosols into the Earth’s atmosphere to reflect sunlight back out into space. Keith manages the million-dollar geoengineering research that is funded by Bill Gates and the Fund for Innovative Climate and Energy Research.

Keith claims : “You could manipulate the Earth’s climate at large scale for a cost that’s of the order of $1 billion a year. It sounds like a lot of money, but compared to the costs of managing other environmental problems or climate change, that is peanuts.”

These engineered nanoparticles are assumed, according to Keith, to be “less likely to harm the planet’s protective ozone layer” and that controlling the Earth’s weather patterns is more important than the consequences of such an endeavor.