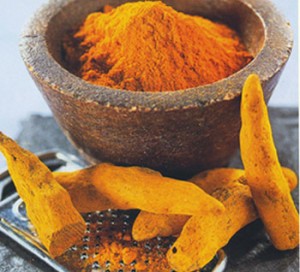 Turmeric has gained yet another victory under its belt. New research published in the Journal of Biological Chemistry shows that it stopped the multiplication of the often deadly Rift Valley Fever (RVF) virus in infected cells. RVF, a mosquito-borne virus, affects domestic animals like cattle and even humans.

Lead investigator, Aarthi Narayanan of Mason’s National Center for Biodefense and Infectious Diseases, says she knows the benefits of turmeric first-hand. “I eat it every day. I make it a point of adding it to vegetables I cook. Every single day.”

She’s so passionate about turmeric’s benefits that she’s even bringing it under the microscope with alphaviruses like Venezuelan equine encephalitis and retroviruses like HIV.

“It is often not taken seriously because it’s a spice,” she adds. She believes that curcumin may soon be part of drug therapies that fight powerful viruses.

Turmeric is Not Just a Spice

Turmeric and curcumin, one beneficial active compound found in turmeric, have also been shown to exhibit a number of other positive effects. Turmeric has been linked to the reduction of cancerous tumors by a whopping 81 percent, prevention and treatment of diabetes, protection of the liver, easing of osteoarthritic pain and stiffness, and can aid in preventing chronic diseases like Alzheimer’s disease.