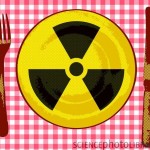 New Zealand food safety authorities are preparing to allow Australian vegetable imports to be irradiated, because the organophosphate dimethoate is about to be suspended from use for prevention of fruit fly and other biosecurity risks, according to the Soil & Health Association of NZ.

Australian authorities have recommended a suspension of dimethoate from most post-harvest uses by the end of September, following acknowledgement of serious health risks, that organisations such as Soil & Health have been campaigning about for many years.(1)

“Dimethoate in New Zealand is due to be reassessed next year by the Environmental Protection Authority and has a current Maximum Residue Limit (MRL) of 2 mg/kg in most vegetables, yet the European Union’s MRL’s are generally 0.02 or 0.05mg/kg purposely set at the lower level of detection.

Dimethoate should be banned for all uses in New Zealand immediately.”(2)

New Zealand prohibits the import of fruit fly host material from Australia that is considered to be of economic risk, unless it has been suitably treated.

“Keeping production local will prevent the need for New Zealand diets to consist of risky nutritionally altered nuked foods or the use of dangerous fumigants or other systemic pesticides.”

“We were right about the health risks of organophosphates such as dimethoate, and we are right about irradiation and methyl bromide. All are implicated in nervous system failure and risk of cancers. Why do we want them? We don’t.”

“Just as Australian potato growers do not want New Zealand potatoes imported there, because of the risk of the economically damaging psyllid arriving from New Zealand, Australian tomatoes, capsicum, cucumbers and zucchini and fruit with risk of fruit fly infestation should not be imported here.”

“Fruit fly outbreaks are just a matter of time while Australian imports continue. The economic cost of fruit fly to our horticulture would leave for dead, the cost of recent and expensive biosecurity failures such as psyllid and varroa mite,” said Mr Browning.

“Both countries are capable of growing the vegetables at risk, and do not need to import them to feed our peoples. Local production is healthier for people and the environment.”

“Mangoes and lychee already permitted by Food Standards Australia New Zealand (FSANZ) to be irradiated for import to New Zealand, can be sourced from fruit fly risk free countries, and there is a range of alternative phyto-sanitary techniques, such as heat or cold treatments, controlled atmospheres, and ozone treatments that can be used if imports are still seen as critical.”(3)

“The same agencies that previously approved dimethoate and other proven dangerous pesticides in New Zealand food, are now using the same public relations ‘Fact Sheets’ spin purporting the safety of irradiation in food.