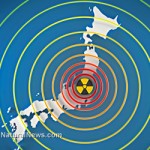 Bentonite clay is made up of flat rectangular particles, which, when hydrated, have a powerful negative charge, giving them an amazing ability to pull to their surface, and hold on to, positively charged ions, similar to the way a magnet will pull and hold on to iron filings.

This makes bentonite clay a powerful therapy that can be used to not only remove radiation from the body but also heavy metals, pollutants, bacteria, fungus, viruses and even parasites. Bentonite clay can be used internally, mixed with water, or externally in baths as well as in poultices and compresses.

Bentonite clay has been found to be a simple and safe treatment for a wide range of health issues and can be useful for adults, children and pets. For example, clay baths have been found by many parents of autistic children to often provide positive results, because the clay removes mercury as well as other heavy metals and pollutants.

While most of us have no problem using clay externally, the prospect of consuming clay can be a little daunting, but the health benefits are real and the taste is not so bad. If clay is to be consumed, ensure that it is calcium bentonite clay (not sodium bentonite, which is not suitable for consumption). Never let bentonite clay come into contact with metal, and ensure that plastic or glass are used to mix and store it. When taking clay internally, mix between 1 teaspoon and 1 tablespoon in 8 oz of water and consume at least two hours away from taking any food, supplements or medication.

About the author:
Sue Woledge is a natural therapist, writer and owner of Creating A Toxin Free Future Sue is an advocate for natural health and responsible living and is passionate about life-long learning, natural health, nutrition, healthy living, the environment and natural medicines. Sue believes that living as naturally as possible and eating a diet consisting of natural, unprocessed foods is key to good health, as is reducing exposures to synthetic and toxic chemicals.