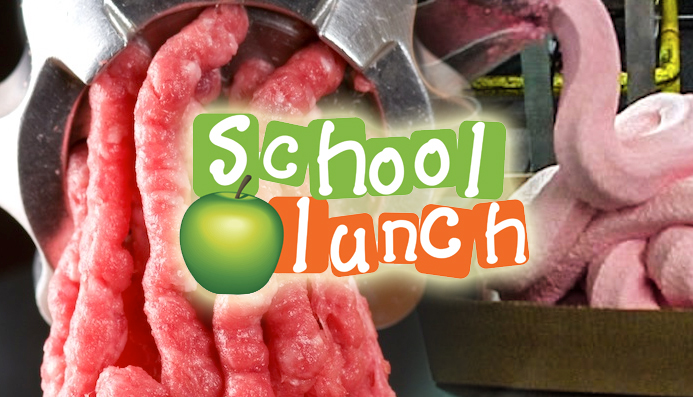 You don’t have to be a vegetarian or animal activist to be angry with what’s happening in the meat industry. Corruption and abuse litter an industry that provides food in inhumane ways for the sake of profit.

In this article, we’ll be discussing things I wish weren’t happening and am therefore doing my part to help stop. Some parts of this article might be tough to read, but by sharing this difficult information with you, I hope to help you see why you should care.

Vegetarians and meat eaters can work together to effect much-needed change in the industry if we can learn the facts and commit to this common goal. The cause is important for those who want to protect animals and those who want to ensure meat is produced ethically (and is thus safer for consumption).

The first reason you should be concerned is that despite recent changes in regulation, the industry remains the same.

Recent Regulation Changes Have Not Solved the Industry’s Biggest Problems

Henry Imhoff Helena wrote in 2013 that the USDA introduced a “meat inspection program” that failed miserably to stop meat contamination. Under the program, meat producers could increase their processing lines’ speed and replace safety inspectors from the USDA with people who work for them. (1)

“Some of the worst health and safety violations” were discovered in factories under the program, Henry writes, including “fecal matter and partly digested food”. Unsurprisingly, the meat produced as a result may have contained E. coli and listeria. (1)

This exemplifies that changes in the industry don’t always mean it’s improving. We need genuine positive change before we can be sure the industry is safe for animals and consumers.

This brings us to our next point.

The Industry Keeps Secrets from Consumers

It might sound like a typical conspiracy theory, but the meat industry does not want people to know what goes on behind closed doors. They’re dedicated to masking the truth from an unsuspecting public and silencing anyone who tries to expose them.

As an example of the misleading nature of the meat and dairy industry in the United States, Dr. Joseph Mercola writes that eggs from caged hens in Europe are marked “battery eggs” whereas in the U.S., they’re labeled “farm fresh’ or “country fresh”. Through lobbying, he writes, companies have even pushed “gag laws” that consider the videotaping of animal cruelty or any other damning evidence a felony. (2)

If it’s at all shocking to you that the industry is keeping secrets and using the legal system to fight for its apparent right to do so, keep reading. There are plenty more reasons to be concerned.

Pink Slime Is Still Very Much a Thing

Do you remember pink slime? This additive surprised and disgusted the public when news first broke about it. Those who were already aware of the problems in the meat industry, however, were likely unsurprised.

Adam Voiland and Angela Haupt at U.S. News write that what we know as “pink slime” are scraps of butchered meat cleansed with ammonia. The U.S. Department of Agriculture announced a while back that school districts could receive beef with or without the “trimmings”, and plenty of grocery stores and fast food restaurants have ditched or distanced themselves from the slime. It’s still USDA approved, however, with the food industry free to use it as they please. (3)

Sam P.K Collins at Think Progress writes that two years after it was exposed and food manufacturers ditched it, pink slime made a comeback. Beef prices have been “soaring”, which has led some companies to resume using the slime so they can lower their production costs. (4)

The process of creating the pink slime, Sam writes, is one of separating the fat from the meat in beef trimmings and exposing what’s left to ammonia and citric acid. Despite that the ammonia in pink slime can cause “long term damage to parts of the human digestive system, blood vessels, liver, and kidneys”, schools in Illinois, Pennsylvania, Virginia, and Texas have once again embraced it. (4)

According to the Huffington Post, some school systems stuck by it when the controversy erupted in 2012, apparently having never removed it at all. (5)

Industrial-Scale Farming Is Riddled with Problems

Dr. Mercola writes that some of the biggest problems with industrial-scale farming are safety and quality of food, which is reportedly deteriorating. Diseases in humans, wildlife, and livestock can be traced to poor industrial farming practices. They include antibiotic-resistant diseases, mad cow disease in cows, and chronic wasting disease in deer and elk. (2)

“Factory-farmed chicken”, Dr. Mercola writes, is one of the biggest causes of food poisoning. Beef is no exception to this rule: the USDA has been considering labeling beef that’s tenderized mechanically because during the process, pathogens are compressed from the surface down into the meat. Once there, the pathogens can potentially survive being cooked. This is why it’s been to blame for “at least” 5 E. coli outbreaks in 6 years (2003-2009). (2)