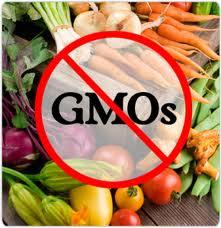 Yesterday it was revealed that the biotech industry and Big Ag have already dumped $25 million – $4.2 million from chemical and seed giant Monsanto alone – into the campaign to defeat Proposition 37 in California, the November 6 citizens ballot initiative that will require genetically engineered foods to be labeled and put an end to the deceptive industry practice of marketing GMO-tainted foods as “natural” or “all natural.”

The California Secretary of State just released the latest Who’s Who of donors to the NO on 37 and YES on 37 campaigns. Topping the list of donors to the NO on 37 anti-labeling campaign is Monsanto and the rest of the Biotech agri-toxics gang, aided and abetted by processed food manufacturers and supermarket chains. As of Aug. 15, they’ve raised more than $25 million to keep you from knowing what’s in your food. And of course the November 6 election is still more than two months away. On our side, YES on 37, we’ve raised $2.7 million with several million more in pledges.

Who are the top donors on our side, calling for truthful labels on GMOs? The top two donors are Mercola.com, the nation’s largest network of natural health consumers, and the Organic Consumers Fund (OCF), the allied grassroots lobbying arm of the Organic Consumers Association. Mercola.com has already donated $800,000 to the cause, while the OCF has donated approximately $700,000 so far, almost all of which has come in the form of small donations from organic food consumers. Other large donors to the YES on 37 campaign so far include Nature’s Path, Dr. Bronner’s, Lundberg Family Farms, Eden Foods, and Organic Valley, leading brands in the organic industry.

It’s clear that the NO on 37 folks have a lot at stake – namely, grotesque profits. After Monsanto, the top donor is DuPont Pioneer, at more than $2.4 million. Pepsi/Frito Lay has moved into the no. 3 spot, at more than $1.7 million. In all, nine companies have pitched in more than $1 million each – most of them biotech and pesticide companies, along with Pepsi, Nestle and Coca-Cola.

Goliath has indeed roared, but the food fight of our lives has just begun. Goliath has more money, but David, our champion on the battlefield, has truth and grassroots power backing him up. How much more will the Biotech Bullies and Big Ag spend to keep voters in the dark about chemical and energy intensive GMO food? Please stay tuned from now until Nov. 6. We’ll keep you informed and motivated to join OCA, OCF, and our allies in this historic battle that will determine the future of food and farming, not only in North America, but across the world.