U.S. beetle is developing resistance to one of the most widely used genetically modified crops, say scientists 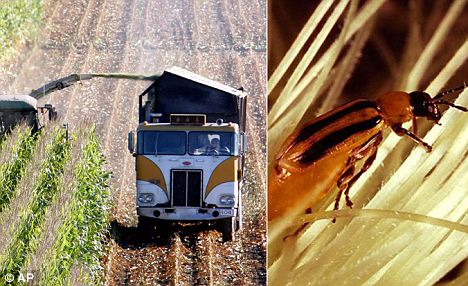 Beetles are becoming resistant to Monsanto’s genetically engineered corn. The old method of dealing with this is to rotate crops, but the EPA, under the influence of biotech companies, recommends additional chemical insecticides, which generates cash flow for the biotech companies. Natural foods are being driven out of existence by genetically engineered crops that depend on commercial chemicals.