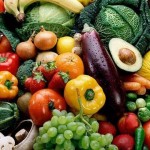 A popular myth purports that organic farming is inadequate to feed the growing populations of the world, and that cultivating so-called high yield conventional and genetically-modified (GM) crops is a necessary solution. But data compiled by the Rodale Institute’s Farming Systems Trial (FST) shows that quite the opposite is true — in every single category, organic farming systems proved to be far more viable and sustainable than any conventional or GM system.

Initiated back in 1981, Rodale’s FST is the longest running, side-by-side comparison of organic and chemical agriculture that has ever been conducted in the US. Researchers from the institute have been carefully examining the similarities and differences between the two systems for over 30 years and, much to the shock of the mainstream food community, have found that organic farming is far superior to chemical farming in every way.

The Rodale team focused specifically on corn and soy cultivation for the study, as these represent two of the most popular staple crops grown in the US. From there, the team conducted an extensive, comparative analysis of organic manure, organic legume, conventional synthetic, no-till, and GM farming systems for both crops.

“Organic farming is far superior to conventional systems when it comes to building, maintaining and replenishing the health of soil,” says the Rodale Institute. “For soil health alone, organic agriculture is more sustainable than conventional. When one also considers yields, economic viability, energy usage, and human health, it’s clear that organic farming is sustainable, while current conventional practices are not.”