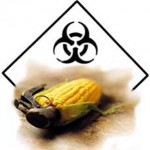 2,4-D was half the formula of Agent Orange, the infamous defoliant used in the Vietnam War that killed thousands of Vietnamese civilians and American soldiers, and remains a source of birth defects and cancer these many years later.

2,4-D remains in use on U.S. farms today. In April, the Environmental Protection Agency rejected a petition filed by the Natural Resources Defence Council to ban the herbicide. The group cited various studies showing that exposure to 2,4-D could cause cancer, hormone disruption, genetic mutations and neurotoxicity. It also argued that the EPA underestimated how much people, especially children, might be exposed to the chemical. 2-4,D is one of the most widely used weed killers in the world and an ingredient of numerous home lawn-care products.

In rejecting NRDC’s petition, the agency relied on a study conducted by Dow Chemical, the major manufacturer of 2,4-D, to rebut other studies which had shown 2,4-D disrupted hormone activity. The EPA dismissed studies that have shown a higher risk of non-Hodgkin’s lymphoma among farmers who use the chemical, claiming the farmers might have been exposed to many things, making it difficult to state that 2,4-D was the cause.

Dow plans to increase sales of the herbicide by selling seeds of corn and soy genetically engineered to be resistant to 2,4-D. Currently, 2,4-D is not used much on corn, the nation’s most widely grown crop.

Dow is currently seeking permission from the EPA to use 2,4-D on its new genetically engineered corn and soy. We need to take action to stop EPA from expanding the use of 2,4-D