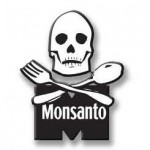 More than 270,000 organic farmers are taking on corporate agriculture giant Monsanto in a lawsuit filed March 30. Led by the Organic Seed Growers and Trade Association, the family farmers are fighting for the right to keep a portion of the world food supply organic—and preemptively protecting themselves from accusations of stealing genetically modified seeds that drift on to their pristine crop fields.

Consumers are powerful. For more than a decade, a cultural shift has seen shoppers renounce the faster-fatter-bigger-cheaper mindset of factory farms, exposéd in the 2008 documentary Food, Inc. From heirloom tomatoes to heritage chickens, we want our food slow, sustainable, and local—healthy for the earth, healthy for animals, and healthy for our bodies.

But with patented seeds infiltrating the environment so fully, organic itself is at risk. Monsanto’s widely used Genuity® Roundup Ready® canola seed has already turned heirloom canola oil into an extinct species. The suing farmers are seeking to prevent similar contamination of organic corn, soybeans, and a host of other crops. What’s more, they’re seeking to prevent Monsanto from accusing them of unlawfully using the very seeds they’re trying to avoid.

“It seems quite perverse that an organic farmer contaminated by transgenic seed could be accused of patent infringement,” says Public Patent Foundation director Dan Ravicher in a Cornucopia Institutearticle about the farmers’ lawsuit (May 30, 2011), “but Monsanto has made such accusations before and is notorious for having sued hundreds of farmers for patent infringement.”

Even as the megacorporation enjoys soaring stock, the U.S. justice department continues to look into allegations of its fraudulent antitrust practices (The Street, June 29, 2011):

Monsanto, which has acquired more than 20 of the nation’s biggest seed producers and sellers over the last decade, has long pursued a strict policy with its customers, obligating them to buy its bioengineered seeds every year rather than use them in multiple planting seasons. Farmers who disobey are blacklisted forever.

It’s a wide net Monsanto has cast over the agricultural landscape. As Ravicher points out, “it’s actually in Monsanto’s financial interest to eliminate organic seed so that they can have a total monopoly over our food supply.” Imagine a world devoid of naturally vigorous traditional crops and controlled by a single business with a appetite for intellectual property. Did anyone else feel a cold wind pass through them? Now imagine a world where thousands of family farmers fight the good fight to continue giving consumers a choice in their food—and win.