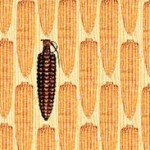 Monsanto is using its money and influence to push Congress to attach a rider to the 2013 Agriculture Appropriations bill that would effectively end judicial review of approvals of new genetically engineered crops.

If this rider (Sec. 733) isn’t removed, organic and non-GMO farmers will lose their access to the court system and they’ll have no recourse when the U.S. Department of Agriculture illegally approves new genetically engineered crops that threaten to contaminate their fields and seed supplies.

Monsanto’s sneak attack is a response to successful lawsuits brought by the Center for Food Safety on behalf of organic and non-GMO farmers and seed growers that have attempted to block planting of genetically engineered sugar beets and alfalfa while the USDA conducted a court-ordered review of the dangers of contamination.