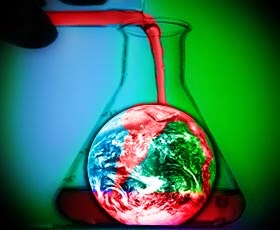 I’m retelling this story not to cause sheer outrage or bring down shame and fire on one school in one instance, but to let you know definitively that Monsanto representatives could visit a school near you to teach a class.

And you need to know what they are saying…

It happened in at least one instance and with a fairly interesting method of leaving lasting impressions on 12-year-old 7th graders.

I know Steve from Facebook and he posted videos of his stepson after coming home from school one day in late May to tell the family that four Monsanto representatives were allowed to take over P.E. Gym class and gave a presentation to students in the Health classroom.

Monsanto reps gave each student a deck of playing cards as a gift. Their logo was on the front and general factoids about the world’s food supply were on the back of each card. For instance, “America produces 30% of the world’s soybean crops.” Nothing was mentioned about genetic modification or the company’s other practices. They took the “leader in agriculture” approach.

Next, students were subjected to 47 minutes of time with Monsanto, including a PowerPoint presentation. Steve’s son recounts that Monsanto told them “all the good things” that Monsanto does. They emphasized that serious food issues were due to, not companies like Monsanto, but problems like food borne illnesses, and that people leave their food out too long and don’t refrigerate meats. “It’s the people’s fault” was the take home message.