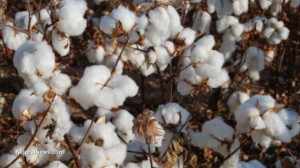 For years, it was little spoken of within the country’s own borders, but India is suffering from an escalating suicide epidemic that is gaining attention both internationally and in a new book by Seattle University journalism professor Sonora Jha. Entitled Foreign, the fiction piece tells the very real story of the tens of thousands of farmer suicides that occur annually in India, many of which are brought about by genetically modified organisms (GMOs) and associated crop technologies.

Since 1995, explains Jha in a recent editorial for The New York Times (NYT), more than 290,000 Indian farmers have committed suicide. A combination of factors that include escalating debt and perpetual poverty are largely to blame for this, but these factors are predicated upon many decades’ worth of agricultural policy that encouraged the adoption of biotechnology to increase crop yields, a concept that has never actually worked.

As we previously reported, untold thousands of Indian farmers have been lied to over the years by the likes of Monsanto, which promised them vastly improved crop yields and fewer losses if they only agreed to purchase patented seeds and expensive equipment. Many of these farmers took the plunge, incurring vast amounts of debt in the process, only to discover that GMOs do not produce higher yields and actually enslave farmers under the servitude of multinational corporations.

With nobody in their own government willing to back them up, hundreds of thousands of Indian farmers ended up losing everything as a result, causing many of them to see no way out other than taking their own lives. And now with upcoming elections set to take place, there is a groundswell of opposition to the prevailing status quo that let all this happen.

New voting rules allow Indians to vote for ‘none of the above’ in protest of government corruption.

According to Jha, government officials have repeatedly promised Indian farmers compensation and other types of aid for their losses. But these promises are almost always broken, which has millions of Indians in an uproar. And thanks to new voting rules, Indians everywhere will now have the chance to protest their government’s entrenched corruption by participating in a “none of the above” voting protest.

“The promise was that seeds would produce higher yields, but the results were disastrous for many small farmers,” added Halleran about the horrific implications of the biotechnology industry’s swindling scheme. “Without the money necessary for expensive farming equipment and supplies, many farmers suffered crop failures and sank into debt.”

Through her book, Jha hopes to draw attention to what the Indian people are currently suffering as a result of this hostile agricultural takeover by multinational corporations. It is said that an Indian farmer commits suicide every 30 minutes, totaling nearly 20,000 suicides annually. And because of the way corporate agriculture operates, it is very difficult to escape once it has been adopted.