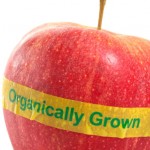 One of the arguments often used to defend genetically-modified (GM) crops purports that biotechnology is necessary to feed the world, as non-GM and organic farming methods by themselves are incapable of producing enough food for everyone. But the truth of the matter is that organic farming by itself is fully capable of feeding the world — we just need to make a few changes to the way we grow and raise our food, which includes putting an end to the factory farming methods that are destroying our health and the planet.

In a report entitled Feeding the Future, the Soil Association, a U.K.-based organic farming advocacy group, makes the case that organic and other agro-ecological farming systems are not only the solution to the world’s hunger problems, but when implemented, these holistic methods of growing food actually facilitate bringing the world’s poorest out of poverty.

On the flip side, GM farming systems perpetuate and even create poverty because they lock farmers into an endless cycle of dependence on corporations for both the next season’s batch of self-destructing seeds, and the toxic chemical cocktails required to grow them. GM agriculture, in other words, is toxic to the world’s economies, toxic to human health, and toxic to the environment.

As was shown in a recent Rodale Institute study, which was the culmination of more than 30 years worth of research, organic farming systems actually produce higher yields than GM and non-GM conventional farming systems. Organic farming is also fully self-renewing and sustainable, as composting, manure, and other organic fertilizing methods naturally enrich soil and eliminate the need for toxic pesticides and herbicides.

Besides the GMO issue, factory farming systems in general, including confined animal feeding operations (CAFOs), are needlessly depleting much of the world’s supply of grains. According to the Soil Association, as much as 40 percent of all the world’s cereals are fed to livestock, and this could rise to 50 percent by 2050 if current trends continue.

Ruminating animals like cows and sheep were meant to eat grasses on pasture, not GM soy, corn, and the many other grains that are routinely fed to them on factory farms. Besides making the animals sick, as they were not designed to eat them, these grain mixtures require an intense amount of resources to grow and produce.

By letting animals graze naturally on pasture grasses, which humans cannot eat anyway, these grains could instead be used to feed humans. And grass-fed animals produce far healthier meat than grain-fed animals anyway, which means that human health across the globe would improve dramatically just from making the switch .

Particularly in the developed world, humans waste an incredible amount of food. The Soil Association says that roughly one third of all food produced for human consumption ends up getting wasted. So if more people simply made a conscious effort to conserve food, or at least come up with simple ways to share unused food with those in need, hunger in many areas of the world would subside dramatically.

The group also mentions a type of food rationing system as another option, but such a tyrannical approach would be wholly unnecessary if the other methods were implemented, and if more people began growing their own organic food at home.