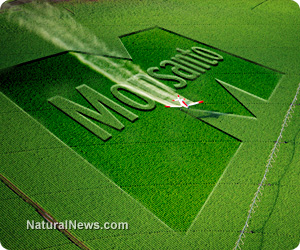 Brazil’s federal public prosecutor has requested that the Justice Department immediately suspend use of glyphosate, which is the most widely used herbicide in the country and a primary element of Monsanto’s Roundup herbicide brand.

Also, according to reports in Brazilian media, the prosecutor is seeking a challenge to ban other potentially harmful chemicals as well.

Two actions have been filed. “The first measure seeks to compel the National Health Surveillance Agency (ANVISA) to reevaluate the toxicity of eight active ingredients suspected of causing damage to human health and the environment. On another front, the agency questions the registration of pesticides containing 2,4-D herbicide, applied to combat broadleaf weeds,” explained the prosecutor, on his website.

The actions request a preliminary injunction, calling on the Ministry of Agriculture, Livestock and Supply to suspend the registration of products until a final determination is made about their toxicity by ANVISA.

The prosecutor’s civil suit asks that the National Biosafety Technical Commission be prohibited from releasing the commercialization of transgenic seeds resistant to the herbicides pending a final decision by ANVISA.

In March, the country’s Federal Appeals Court ruled to cancel use of Bayer’s genetically modified (GM) LibertyLink maize. Also last month, France banned the sale, use and cultivation of Monsanto’s GM MON 810 maize after new research found that insects in the U.S. are developing a resistance to the GM maize.

Regarding glyphosate, new evidence suggests that it can become very toxic to the human kidney once it is mixed with “hard” water or metals like arsenic, cadmium, magnesium, strontium and iron, as well as others. Glyphosate is toxic enough on its own.

Glyphosate was developed as a herbicide by Monsanto in the early 1970s, and was brought to the market under the “Roundup” brand, which is now the most commonly used herbicide the world over.

However, as new research emerges indicating its potential to amplify toxicity, more nations are taking note — and taking action.

At the outset of March, the Sri Lankan government banned glyphosate over its links to kidney disease — known as “Chronic Kidney Disease of Unknown etiology,” or CKDu, according to the Center for Public Integrity. The disease has killed thousands of agricultural workers, many in Sri Lanka and El Salvador.

El Salvador’s legislature approved a ban on glyphosate in September, as well as many other agrochemicals, but the measure is not yet law.