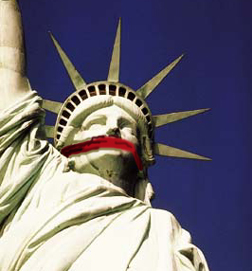 If you weren’t already outraged by the illegal and unethically intertwined relationships between government and the mainstream media, then this revelation is sure send you over the edge.

Aside from the fact that the Obama administration has waged an unprecedented war on journalists, prosecuting more whistle-blowers while in office than any other president in history, now he’s announced that his administration will send government contractors into newsrooms across the nation to supervise the content they’re creating and producing through a series of involuntary surveys.

Under the newly proposed Federal Communications Commission (FCC) initiative, journalists must provide to the public content that meets one of eight groups of “critical needs,” or face unknown penalties.

Much like the term is used in relation to Fusion Centers, where data is collected, synthesized and sold to law enforcement and any sector of business falling under the broad category of “critical infrastructure,” the government wants to ensure that the public’s “critical needs” are met.

FCC refers to the CIN study as a “fact-finding mission,” reported The Wall Street Journal (WSJ).

If and when the FCC’s initiative, proposed last May, moves forward, it’s unclear what will happen to media organizations that fail to adhere to the government’s proposed standards.

It’s important to note, the FCC grants broadcasters their license to operate, which must be renewed every eight years. It seems probable that the FCC could use this law to penalize media companies they dislike, potentially forcing them out of business.

One question that reporters will be asked is “Have you ever suggested coverage of what you consider a story with critical information for your customers that was rejected by management?” Officials will also investigate how “editorial discretion” is performed and will inquire about the philosophy behind making decisions.

The results of such inquiries will be filed into a report and submitted to Congress every three years on “eliminating barriers to entry for entrepreneurs and small businesses in the communications industry.”

WSJ columnist and one of the FCC’s five commissioners, Ajit Pai, questions how “news judgments made by editors and station managers” can prohibit “small businesses from entering the broadcast industry?”

The FCC’s initiative also includes regulating newspapers, which according to the law do not need licenses or airwaves to operate. This fact should prohibit the FCC from implementing said restrictions simply because they hold absolutely no jurisdiction.

Over 65 years ago, Democrats sponsored the “Fairness Doctrine,” a proposal intended to curb mainstream media networks from misusing their broadcasting license by distributing a “biased public agenda.” Lawmakers justified the imposed law, claiming it should force media to “provide balanced and fair coverage of controversial issues,” reported About.com.

The doctrine remained in effect until 1987 when FCC chairman Mark Fowler began to repeal it during President Reagan’s second term.

Democrats who have helped bring similar legislation back under the “CIN project” hope to use the legislation to eliminate conservative radio talk show hosts like Sean Hannity and Rush Limbaugh.

In previous years, both the Reagan and George H. W. Bush administrations prevented the Fairness Doctrine from returning; however, the FCC’s latest initiative was passed without a vote.

FCC commissioner Mignon Clyburn (directly appointed by Obama), daughter of prestigious House Democratic Rep. James Clyburn, defended the initiative, stating that the FCC “must emphatically insist that we leave no American behind when it comes to meeting the needs of those in varied and vibrant communities of our nation — be they native born, immigrant, disabled, non-English speaking, low-income, or other.”

The FCC’s initiative was meant to begin as a pilot program in South Carolina; however, following FCC commissioner Pai’s article criticizing the program, it was reportedly significantly amended.

According to the FCC, all media owners and journalists have been removed from participating in the survey.