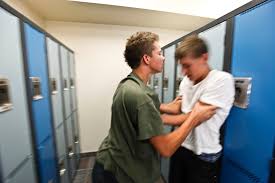 To say the right to self-defense is essential is like saying water is wet. While technically true, it fails to encompass the complete magnitude of its importance.

However, one group of people typically gets screwed out of this right: students.

Back in my school days, I was kind of a small, geeky kid who was the unending target of bullies. Invariably, once every few years, someone would push me too far and a fight would ensue, then we would both be punished equally because the rules said so. I was supposed to tell a teacher or someone else, even if there was absolutely no way to tell anyone.

Luckily, in my home state of Georgia, that’s no longer the case.

In its first decision in a school discipline case, the Georgia Supreme Court ruled zero tolerance policies on school fighting cannot deny students the right to assert they were defending themselves. The court said Georgia law gives students the legal right to argue self-defense as a justification.

Georgia Code states, “A person is justified in threatening or using force against another when…he or she reasonably believes that such threat or force is necessary to defend himself or herself or a third person against such other’s imminent use of unlawful force.”

In essence, the state’s highest court ruled that Georgia law on self-defense requires schools to consider that defense in spite of zero tolerance policies on fighting.

The court was asked whether the Henry County Board of Education gave proper weight to and opportunity for a self-defense claim by a Locust Grove High School student involved in a fight in 2014. The fight led to the student being expelled from Locust Grove and assigned to an alternative school.

She challenged the school board’s decision, eventually ending up in Superior Court where she won. But the Henry County school board appealed. The question eventually went to the state Supreme Court.

The Henry County School Board lost, and ultimately that’s a good thing.

Schools and their policies essentially indoctrinate students into believing that self-defense is wrong and that all of your personal protection needs should be handled by the authorities. However, just like in school when a teacher is never around when a kid gets jumped, the police aren’t always around when you need protecting.

The Georgia decision is vitally important because it gives kids license to make a stand and defend themselves when attacked. It will empower students to understand that despite the authorities best wishes, they simply can’t protect you. Only you can do that.

Don’t get me wrong, I’m not hoping for more school fights or anything. I have two children in Georgia schools right now, and I’d love it if neither of them has to fight anywhere in their future. Realistically, however, I know that wishful thinking doesn’t make it so. If that were the case, I’d be living on a few thousand acres with a gun room that looks like the scene in The Matrix when Neo says he needs guns, lots of guns.

Kids will be kids, but that also means some kids will try to victimize smaller, weaker kids. It’s a microcosm of the real world in many ways, and at least now the fight of self-defense has been found to extend to all people.

At least in Georgia.