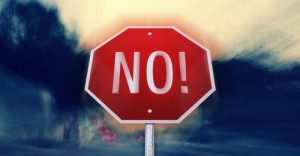 The 13th Amendment to the Constitution abolished slavery. This means that if you are a slave today, it’s either illegal, or you have voluntarily accepted your servitude.

Neither slavery nor involuntary servitude, except as a punishment for crime whereof the party shall have been duly convicted, shall exist within the United States, or any place subject to their jurisdiction.

You have a Constitutionally protected right to be free. If you aren’t free, then revolution is your duty.

Many people believe that revolution requires that they lead a march, stand in front of a crowd with a bullhorn, or form a militia. They feel like it’s a job for the Alex Joneses, the Adam Kokeshes, the James Wesley Rawleses, and the Bradley Mannings of the world. They’re wrong. You don’t have to be a person with thousands of followers on Twitter and Facebook. You don’t have to be a person with a military leadership position on your resume. You need not get yourself arrested on the steps of the White House, got to prison forever for telling the truth about your unit in the army, or stare down a bunch of scary-looking thugs in jack boots.

But you do have to do something. You can’t just sit there and complain unless you are really just another armchair Rambo. The way you lead your life every single day can be an act of revolution. By refusing to concede your natural rights, quietly and resolutely, you are performing an act of revolution. Walking the walk doesn’t always require civil disobedience or militia membership (although those actions definitely have their places). It requires your consistent determination not to be infringed upon.

It doesn’t matter if you are a soccer mom from the suburbs, a college student in a dormitory, a church-going dad and husband, or a person who has found themselves homeless through the ongoing economic crisis – by living resolutely, you are performing an act of revolution.

Don’t get me wrong – we need the Alexes, the Adams, the militias, the Bradleys, and the JWRs. We need the people who stand in protest. We need those who expose wrongdoing. We need the organizers, the shouters, the big personalities, the quiet strong types, and the leaders. But these are not the only ways to revolt. If every single person was off organizing their own rally, there’d be no one left to march in it.

What it is imperative upon us to do is to find our compass and follow it. We must make ourselves immune to control by not needing what “they” hand out. We have to be armored against the way everyone else lives and choose our own paths. We must stubbornly refuse to participate in the hoop-jumping that is everyday life in North America. By all of us who believe in liberty doing this, we form an army of stubborn non-participants in the status quo.

There are valid reasons for revolution.

One of the benchmarks of tyranny is the dizzying arrays of laws on the books, with more and more added every single day. It is humanly impossible not to break multiple laws every single day. Regulations are revenue builders and/or control mechanisms. If the “authorities” can ALWAYS find a law that you’ve broken, then they can ALWAYS give a “reason” for punishing you. Punishment might include incarceration, hefty fines, or the removal of some privilege (like taking away your driver’s license or not allowing your child to go to school).

If the laws be so voluminous that they cannot be read, or so incoherent that they cannot be understood; if they be repealed or revised before they are promulgated, or undergo such incessant changes that no man, who knows what the law is to-day, can guess what it will be to-morrow. Law is defined to be a rule of action; but how can that be a rule, which is little known, and less fixed?

The police state is growing at a dizzying rate, and often the news makes it look like we live in Nazi Germany. It is now or never. Like cockroaches, “they” – the thugs in jackboots and their masters – multiply in the dark, and will soon overtake us if we don’t put a stop to it right now. They want to take our guns because that would make our resistance more difficult. They keep buying up ammo and now have more than enough to kill every man, woman, and child in America multiple times. The NDAA means that any person can be indefinitely detained. There has been a sustained attack on the Bill of Rights and one by one our rights are being submerged beneath the desires of those who would demand our submission.

How can you be an everyday revolutionary?

The most revolutionary act is to be self-sufficient and in need of nothing that the government can provide for you in exchange for some small liberty. When there is nothing that you require enough to submit, then bullying you becomes much more difficult.

This list of suggestions is by no means comprehensive.

There are nearly 316 million people in the United States. (source) Only 3% of the population fought in the Revolutionary War, and 10% actively supported them. If 9,480,000 people quietly and peacefully revolted by withdrawing their consent to be governed by tyrants we could not be silenced.  If 31,600,000 people supported those revolting, we could not be stopped.

The government might be watching us, but we can watch them right back. Make the way you live your life a revolutionary act.

What random act of revolution did you commit today?