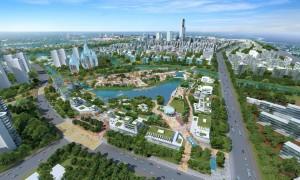 The globalist march toward Agenda 21 includes the demonization of population growth and our current urban cities. As if there were a correlation between social upheaval and the explosion of urbanization, the propaganda abounds creating villains out of those who fight against eminent domain, the right to live in sprawling rural areas and retain their farm lands.

The UN Population Fund (UNPF) calls for a global population reduction by use of family planning which is code for population stabilization to decrease fertility rates.

A new study published claims that as urbanization continues, there will be a decline of biodiversity and the man-made impact on global warming will increase.

Globalist-supported scientists are suggesting that humanity would be better off living in densely populated centers. “We certainly don’t want them strolling about the entire countryside. We want them to save land for nature by living closely [together].” Urban areas are expected to expand by 1.2 million square miles by 2030.

American cities in Virginia, Ohio, Florida, and many others are beginning to invest in controlled environments , i.e. megacities, where private cars will be banned, transit centers link high speed light rail systems, and controls over food distribution, energy use and water allocation is overseen by governmental agencies.

Other efforts by supporters of Agenda 21 are transforming our towns into eco-communities that adhere to UN mandates against production of CO2 to the determinant of freedom and innovation.

Karen Seto, lead author and professor of urban environment at the globalist-controlled Yale University, decries against urbanization and the migration of people as the eco-systems of the earth are devastated. Seto believes that unless this human population and urbanization is stopped, by 2030, there will be an increase of 3 to 5% of global land used to house humans. And this is unacceptable because of the “huge impact on biodiversity hotspots and on carbon emissions in those urban areas.”

Back in July, New York Mayor Michael Bloomberg announced the construction of 275 to 300 ft micro-apartments in Kips Bay in a beta-test to coerce New Yorkers into living in tight-knit, purposefully dense areas to alter the psychological landscape toward conversation globalist style.

One of the nations on the global Elite’s destruction list is in Asia. China will dominate the need for urbanization as their population advances.

Humans are now being compared to invasive species that commandeer territory, disburse indigenous wildlife and destroy the planet in the process.

The move out of rural areas and densification of urbanized centers is being pushed in the American mainstream media as the answer to the devastating effects of humans on the environment. The elimination of suburban areas as compact cities become inundated with more people, there is a need to reinvent these centers to accommodate these swelling numbers.