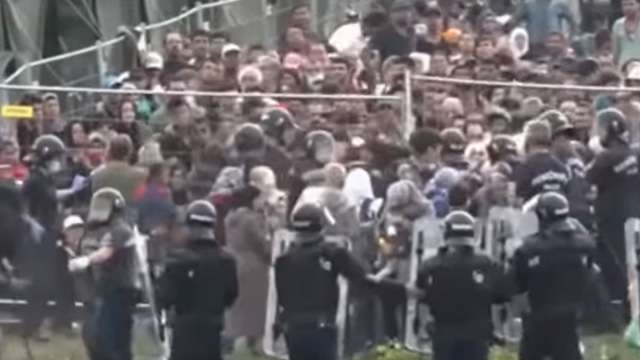 Rush FM posted this article the first time in December 2015

Most people live in a Truman Show bubble of false reality, played out for them by the mainstream media and tightly controlled by the internet’s gatekeepers such as Youtube and Google.

The reality of what’s happening with the refugees in Europe is far beyond anything being reported by the fake mainstream media.  Many of the so-called “refugees” are actually occupying enemy forces waging a literal invasion of Europe.

Much the same is happening in America, too, with the open borders policy that democrats are using as a voter recruitment system while America is being overrun with illegal border crossers.

Because of America’s open borders policy enforced by democrats, ISIS attacks will soon take place in America. The enemy is already inside the gates. And they are determined to destroy western culture by any means necessary.