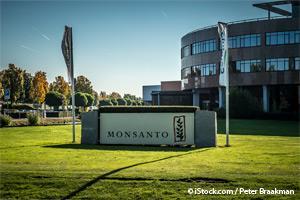 In March, 2015, the International Agency for Research on Cancer (IARC), a research arm of the World Health Organization (WHO), reclassified glyphosate as a “probable carcinogen” (Class 2A).

The decision was based on “limited evidence” showing the weed killer can cause non-Hodgkin’s lymphoma and lung cancer in humans, along with “convincing evidence” linking it to cancer in animals.

The IARC is considered the global gold standard for carcinogenicity studies, so its determination was of considerable importance. It’s also one of the five research agencies from which the OEHHA — the California agency of environmental hazards — gets its reports to declare carcinogens under Prop 65.

Monsanto has vigorously pursued a retraction of the IARC’s damning report, to prevent California from pursuing a cancer warning on Roundup and other, newer weed killers in the pipeline, designed for use on the company’s latest genetically engineered (GE) crops.