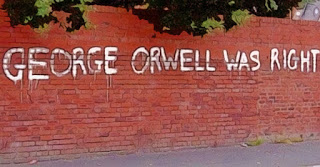 Leaked emails from an Italian-based hacking company reveal that government agencies engage in surveillance more invasive than previously thought, spending millions of dollars on spyware and malware software to accomplish their questionable goals. Tellingly, their use of the product places them squarely in the same category as other repressive regimes around the world.

After hackers ironically hacked Hacking Tools, a Milan-based company that sells strictly to governments, hundreds of gigabytes of emails and financial records were leaked. The emails show that the FBI, DEA, and U.S. Army all purchased software that enables them to view suspects’ photos, emails, listen to and record their conversations, and activate the cameras on their computers, among other things.

While this may seem like old news, the most controversial revelation was the government’s purchases of “Remote Control Systems.” The FBI, DEA, and U.S. Army, courtesy of Hacking Tools, possess the capability to take control of a suspect’s computer screen. The technology is so invasive that even the DEA, known for its violative surveillance policies, had reservations about purchasing it.

According to documents obtained by The Intercept, an internal request to purchase RCS was denied by DEA management in 2011 because it was “too controversial.” By 2012, however, the DEA had resolved its concerns, likely spending a similar amount to the $773,226.64 (plus thousands in maintenance fees) the FBI invested in its own set of software.