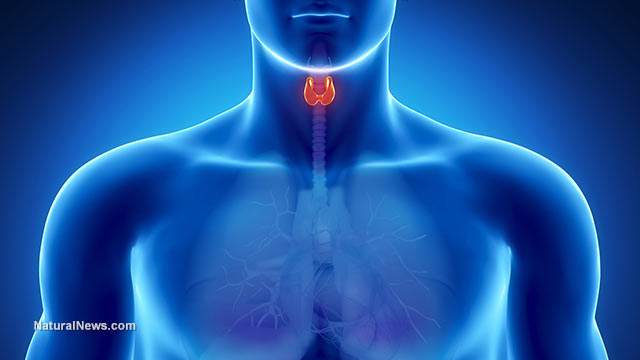 (NaturalNews) As scientists struggle to explain why thyroid cancer rates have more than tripled in the U.S. since the mid-1970s, nobody’s addressing the elephant in the room that is artificial water fluoridation and the confirmed toxicity of fluoride chemicals when they enter the thyroid gland.

A study published last year attempted to explain away the thyroid cancer epidemic in the U.S. today, blaming it not on more actual cases of the disease, but rather on more diagnoses. The problem, say researchers from Dartmouth University, is that thyroid cancer is supposedly overdiagnosed and overtreated.

“The incidence of thyroid cancer is at epidemic proportions, but it doesn’t look like an epidemic of disease,” believes Dr. H. Gilbert Welch, a professor of medicine at the Dartmouth Institute for Health Policy and Clinical Practice. “[I]t looks like an epidemic of diagnosis,” he’s quoted as saying by HealthDay News.

It’s a plausible hypothesis, actually: Just like with prostate cancer, testing regimens for thyroid cancer oftentimes pick up benign cancers that never would have developed into anything serious. Meanwhile, many of those diagnosed undergo invasive procedures, such as having their thyroids completely removed, that were never even necessary.

“This means that a lot of people are having their thyroids removed for a cancer that was never going to bother them,” said Dr. Welch, suggesting that, as more people become aware of thyroid cancer and have their necks examined to look for problems, they’re being misdiagnosed.