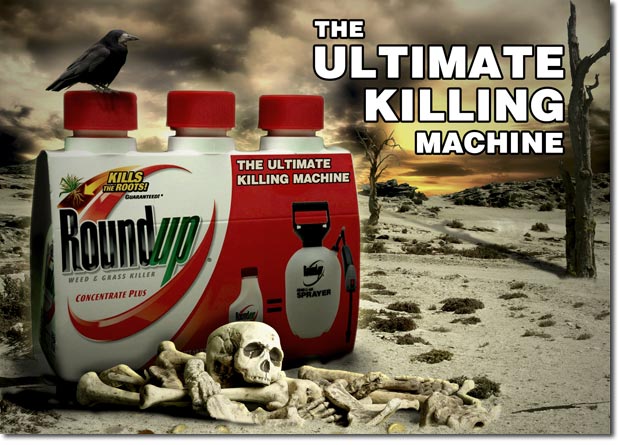 (NaturalNews) France is the latest country to ban the private sale of Monsanto’s favorite carcinogen – glyphosate. France has been in the alternative news quite a bit lately, asking the makers of Nutella to stop using palm oil, insisting all new rooftops be covered in solar panels or plants, and mandating the donation of all supermarket food waste. This new move by their Ecology Minister is the latest result of their forward thinking.

The French aren’t the only people around the world waking up to the effects of Roundup. Governments are now more likely to look for independent research to explain the uptick in the rates of diseases like cancer. Monsanto continues to bleat about the safety of glyphosates and their inability to harm humans, claiming that “the dose makes the poison.” With the levels of glyphosates on the rise in our food, our soil, our air, and water, at what magic point does the saturation of our environment turn from harmful to poison? Are we willing to wait until that switch has been flipped with no hope of going back?

The List of Governments Waking Up Keeps Growing
The fight against GMOs and Monsanto has made waves the world over, and as the United States deals with a food system where 80 percent of products now likely contain GMOs, Europe continues their crackdown against the damage caused by Monsanto and all of their products. While most of the focus has been on Monsanto crops, the tremendously influential study from the International Agency for Research on Cancer has caused many to consider banning all of their products. The Netherlands, Bermuda, and Sri Lanka preceded France in banning over the counter sales of Roundup. It is worth noting that Bermuda and Sri Lanka have prohibited the use of glyphosates in all applications, including commercial ones, unlike the Dutch and the French