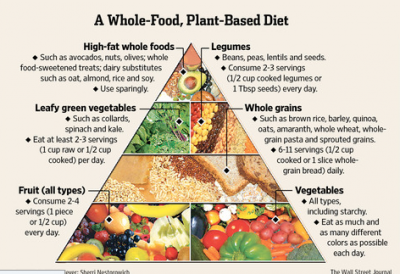 In 2010, the UN released a report urging citizens to adopt a plant-based diet for health and environmental reasons. Who knew that earlier this year, the 2015 Dietary Guidelines Advisory Committee would outline similar recommendations for American citizens?

As was recently shared in the article, “8 Nations Going Vegetarian, Proving To The World Less Is More,”, a massive shift in health mentality is inspiring people everywhere to invest in their health.

The report, released earlier this year, includes recommendations by the 2015 Dietary Guidelines Advisory Committee on what Americans should be eating. This is the first time the committee has concluded a diet higher in plant-based foods and low in animal-based foods to not only be both healthier for the body, but better for the environment.

The report details their official recommendations for a “healthy dietary pattern,” which has vegetables, fruits, and whole grains at the very top of the list and red meat and processed meats at the very bottom.

“The overall body of evidence examined by the 2015 DGAC identifies that a healthy dietary pattern is higher in vegetables, fruits, whole grains, low- or non-fat dairy, seafood, legumes, and nuts; moderate in alcohol (among adults); lower in red and processed meats; and low in sugar-sweetened foods and drinks and refined grains.”

The 571-page report gives an in-depth look at what Americans are presently eating. “The quality of the diets currently consumed by the U.S. population is suboptimal overall and has major adverse health consequences,” it states.

Most notable is the large gap between a healthy diet and the standard American diet: “On average, the U.S. diet is low in vegetables, fruit, and whole grains, and high in sodium, calories, saturated fat, refined grains, and added sugars.”

Earlier this year it was reported that only 9% of American adults manage to consume the recommended amount of daily fruits and vegetables. Despite the bounty of healthy living resources and information available, America’s greatest challenge, it seems, is overcoming the idea of ‘quick fixes’ and short-term solutions.