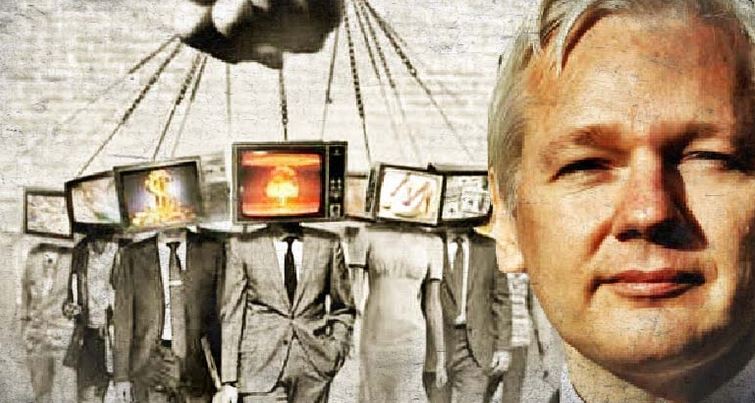 And the outspoken publisher isn’t at all dissatisfied with the current propaganda of “fake news” — because, as Assange explained to Australian comedian Chas Licciardello, according to CNET,

WikiLeaks is very happy that there is a narrative about fake news out there because we have a perfect record of having never got it wrong in terms of authentications.

While the corporate press continues misrepresenting information, quoting unnamed and thus unverifiable sources, and even printing flagrant fabrications, WikiLeaks indeed maintains an unparalleled streak of publishing authentic and undoctored data — despite excoriation from the establishment — thus eliminating all bias or unintended insertion of opinion.

“When the narrative of fake news came out and was then taken off effectively by the neo-liberal press and pushed around,” Assange elaborated. “I could see exactly where that was going. I was rather happy about it.”

But the outspoken publisher’s opinion on so-called fake news emphasizes the disastrous failings of a mainstream media hell bent on propping up its own establishment agenda — regardless of which political affiliation a given outlet claims.

Further, he said, discussing WikiLeaks’ searchable database, “You’re not reading pre-weaponised knowledge. When you read a newspaper article, you are reading weaponised text that is designed to affect a person just like you.”