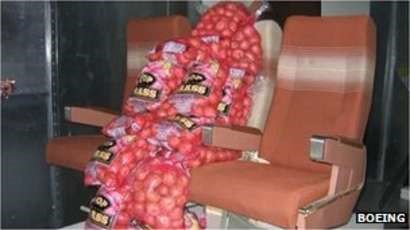 Here’s one for the record books, that’s Ripley’s Believe It Or Not edition, if it’s still in print.

According to the BBC,

Boeing’s engineers did a number of tests to ensure that passengers would get the strongest possible wi-fi signal while in the air, all while meeting safety standards that protect against interference with an aircraft’s electrical systems. [CJF emphasis] [But not protect passengers!]

Did those tests include non-thermal adverse events results Wi-Fi microwaves produce while operating at 2.4 GHz or above? Spuds cannot answer those questions or participate in such necessary tests.