The drums of war are beating, diverting our attention, as always, to the stories scripted by the mainstream media. Meanwhile, plans for the New World Order are being perfected: large-scale biomass plants, to produce anything from fuel, to paints, and plastics; the monetization of natural, human, and social capital, and an Army of Mayors to create the ‘Green’ and ‘Sustainable’ Local Communities. These eco-municipalities will be nodes in the global network, overseen by the Master Hubs, which function like the ‘vital organs’ of the vast complex adaptive system the Internet/life has become.

We must not focus solely on the war, or the shock, but what is to come after.

The Smart World Order will be run by an all-knowing quantum computer, for optimisation of the new capital (people, nature, and data) alongside the traditional products, services, and built infrastructure. Everything is to have a unique identifier, to enable the quantum algorithms and social simulations, which are required to keep the show running in what they hope will be a truly sustainable fashion. The United Nations is now calling for this ‘steady state system’, which requires an understanding of all capital stock, and all transactions. This is the oft-described transhumanist military-industrial complex – but with a purpose, an ‘ideology’ (the FULL blueprint of Agenda 21), which may sound alluring to many.

It may just be the power of the MSM, but recently it’s as though ‘us lot’ are feeling the sense of an imminent global shock of some sort – but the furthest people seem to get with how to respond to this is survivalism. Stocking up to survive a potential shock is very wise indeed, but what about afterwards? When things have ‘settled down’. We really should be paying attention – NOW – to the plans the powers-that-be have formulated, and the future they are envisioning, shock, or no shock.

I am already quaking in my boots, because as a UK citizen I am about to be forced to sign up with an Identity Provider. Against my wishes, the government is putting all of my personal details into the matrix, where, as we know, they are vulnerable to EMP attacks, and hacks of all kinds; they are often monitored; and they are always recoverable. To be able to function in society, I must not only submit to this, but I must grant a private company something akin to the power-of-attorney, to manage my digitised credentials, many of which are hosted in the cloud, by a one-manned company (Skyscape), using software contracted from a private American company called EMC Global Services. 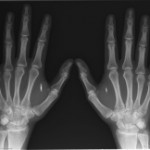 Unless people wise up to this almost-unheard-of news, we will all be forced to get a global smart ID. What does that mean? It’s what we’ve all been dreading, is what it is … it’s your unique identification number; the sign of all that you are, including your biometrics. If allowed to happen, we will be ONE STEP AWAY FROM IMPLANTS.

Your ID will be smart because it’s stored on a microchip, and with it comes your one-and-only password for everything. You’re gonna need that password to be part of society in the near future, because the plan is to move everything online. And I mean everything.