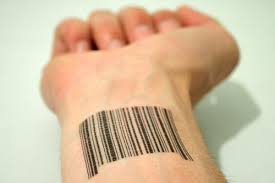 September 16, 2013
I hope by now I’m starting to get through to people about online identity management, because here in the UK a whole lotta folk are about to be forced to sign their life over to an Identity Provider. The UK government has decided to host all of its public services online, to fulfill the ‘Digital by Default’ strategy. The Government Digital Strategy is now expected to be up and running by April 2014. Five companies have been chosen to provide identity management for UK citizens, one of which, the Post Office, will serve as registration centers for biometric smart ID enrollment.

When I try to tell people about this, and how it’s a global scheme, they just don’t seem to hear me. I can only think that the power of the media is responsible – they simply aren’t informing the public properly about this matter, so because you’re only hearing it from me, it perhaps doesn’t seem as real? Well, it is. Horribly so.

There aren’t any glossy adverts for it yet, but if you wade through the documents, and listen to lectures and webinars aimed at industry professionals, it’s all there on the Web.

Educating the public seems to have been ruled out, and instead, people are being drawn in by only being able to access certain services by using an Identity Provider (IdP) – this rules out debate, and the right to be informed. In the US, Obamacare and access to personal electronic health records will kick off national IdM take-up, while in the UK, it’s beginning with access to government services. No matter how private you’re told IdM makes you, there will always be an audit trail, and a host of exemptions from peeking.