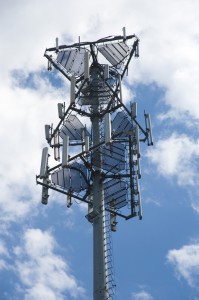 you can’t see it, but it’s disrupting and killing bees, and in the long run YOU TOO!

ou may already be aware how humanity is killing bees through a variety of methods. In an earlier article The Top 4 Reasons for the Bees Dying Off, I discussed how neonicotinoid pesticides, GMOs, EMFs (electromagnetic fields) and geoengineering were all contributing to disrupting and killing bees, through phenomena like CCD (Colony Collapse Disorder). Mankind is gravely endangering its own survival on the planet by injuring the bees like this, since we are all dependent on bees for pollination and our food supply. Einstein famously said that humanity would only survive for 4 years if the bees were wiped out. There may well be more than 4 ways in which humanity is killing bees, but a recent interview with Gabe Cruz (a former cell phone industry worker who has become a kind of whistleblower and interspecies communicator) reveals that one of these threats may be the greatest of all.

It appears that humanity is killing bees at an alarming rate. However, we are not just killing bees. We are killing ourselves. We are electrical and electromagnetic beings. These artificial EMFs, although silent and invisible, are affecting us too, as those who are electro-sensitive can attest. The bees may be warning us before it’s too late, before we bathe our entire world in an artificial EM blanket from which it’s impossible to escape.