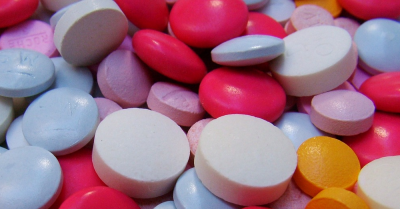 In the U.S., painkiller addiction is so rampant that 91 Americans die every day from an overdose of prescription opioids or heroin. Prescription opioids such as oxycodone (OxyContin), hydrocodone (Vicodin), morphine and methadone are widely prescribed for pain relief.

Initially, they were intended to treat severe pain following surgery or injury or pain due to illnesses such as cancer. However, they’re now increasingly prescribed for many types of pain, including chronic back pain or pain from osteoarthritis. Opioid prescriptions nearly quadrupled in the U.S. between 1999 and 2013, despite reported pain levels remaining stagnant.

Meanwhile, the CDC reports, “Deaths from prescription opioids — drugs like oxycodone, hydrocodone and methadone — have more than quadrupled since 1999,” rising right along with the numbers of prescriptions.

The problem with opioids is that many people start taking them for mild to moderate pain, only to develop a tolerance, which means you need to take more to get the same relief. Physical dependence can also develop, leading to symptoms of withdrawal if you try to cut back or quit the drugs cold turkey.

Ironically, opioids can even lead to an increased sensitivity to pain, causing patients to reach for more and more of the drugs. Addiction and overdose, which can be fatal, are all-too-common next steps. In fact, up to 1 out of 4 Americans receiving long-term opioid prescriptions struggle with addiction, according to the CDC.

The researchers called for a major overhaul to address the urgent public health need to adequately manage chronic pain. With no other knowledge of how to treat pain, most physicians treat it with prescription painkillers, and now we have an epidemic of prescription drug abuse and related deaths.

Why Ending the War on Chiropractic Is Essential

The fact that the FDA highlighted chiropractic care as an option health care providers should be familiar with when it comes to treating pain represents a major step forward — one that has the potential to save lives if it means people can resolve their pain using chiropractic instead of prescription drugs.

Unbeknownst to many, there has been a systematic and deliberate campaign by the American Medical Association (AMA) to destroy complementary medicine like chiropractic care. In 1984, the U.S. Supreme Court found the AMA guilty of an illegal conspiracy to contain and eliminate the chiropractic profession, and ordered the AMA to cease its illegal boycott of chiropractors.

The belief that chiropractors are dangerous or selling a bogus treatment persisted for decades, even as a sizable portion of low back pain patients (more than 30 percent, according to one study) sought out chiropractic care. Now, as research continues to confirm its benefits, even public health agencies are taking notice.