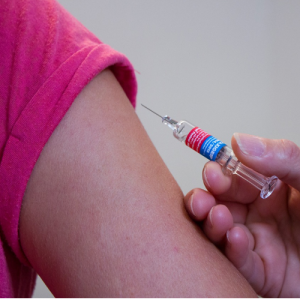 There is a bitter war going on, and it’s not over Trumpcare or immigration: It’s about vaccines.

In mainstream and progressive media coverage there’s zero tolerance for critical debate about vaccine safety. Progressive news sites that would never defend corporate media coverage of Monsanto or GMOs drink the vaccines-are-safe Kool-Aid. Do these news sites really think Pharma has never steered us wrong, just for the sake of profit? What about all the drugs that had to be pulled from the market, after Pharma insisted they were safe? Drugs like Vioxx, Baycol, Trovan, Meridia, Seldane, Hismanal, Darvon, Raxar, Redux, Mylotarg, Lotronex, Propulsid, phenylpropanolamine (PPA), Prexige, phenacetin, Oraflex, Omniflox, Posicor, Serzone and Duract?

The Centers for Disease Control (CDC) maintains a Vaccine Adverse Event Reporting System (VAERS) where people can see for themselves the adverse effects and deaths related to a particular vaccine. A search for people who have died from the measles vaccines MEA, MER, MM, MMR or MMRV revealed 416 deaths.

In her most recent piece for OCA, health writer Martha Rosenberg says it’s time to stop insulting our intelligence, and start allowing an informed debate on whether or not every vaccine, in every prescribed dose, is safe for every child.

Read ‘How Mainstream Media Insults the Public’s Intelligence on Vaccines’

Here are some vaccine video resources:

“Bought”
“Vaxxed”
“Vaccination: The Silent Epidemic”
“Trace Amounts”
“The Truth About Vaccines”
“The Greater Good”
“Shots In The Dark”
“We Don’t Vaccinate”
“50 Cents A Dose“