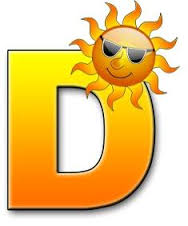 Vitamin D received its name because scientists initially assumed it was a vitamin, but further research showed it had been incorrectly categorized. It’s actually a prohormone, produced by your body from cholesterol in response to sunlight striking your bare skin. As a prohormone, vitamin D has enormous influence on your health, and it’s the only known substrate for a powerful repair-and-maintenance steroid hormone.1 Receptors that respond to vitamin D have been found in almost every type of human cell.

So, far from being a mere aid in bone formation, vitamin D is involved in a wide range of repair and maintenance functions, influences genetic expression, helps regulate immune function and more. Unfortunately, dermatologists have spent decades promoting sun avoidance and urging people to wear sunblock before venturing outside. As a result of this misguided advice, the field of dermatology has done tremendous harm to public health.

Sun Exposure Does Your Body Good

It was long thought that sun exposure was the primary cause of melanoma, the most lethal form of skin cancer. However, mounting evidence now tells us sun avoidance actually raises your risk of skin cancer while higher vitamin D levels from UVB exposure are protective.

Vitamin D also improves survival outcomes for melanoma patients. It’s the burning as a result of intermittent overexposure that primarily impacts your skin cancer risk. While Americans have dutifully followed sun avoidance advice, the melanoma rate in the U.S. has actually risen rather than declined.

Rates of melanoma have been rising for at least the last three decades, and research published in the British Journal of Dermatology in 2009 suggests the sun is likely nothing more than a scapegoat. According to this study, the rise in melanoma appears to be “an artifact caused by diagnostic drift.”

Diagnostic drift, according to the study, refers to a hefty increase in disease diagnoses fueled by detection and misclassification of benign lesions as stage 1 melanoma.

Sun avoidance also increases your risk of a number of other health problems stemming from vitamin D deficiency, including internal cancers that claim far more lives than skin cancer, as well as heart disease, multiple sclerosis, infertility and all-cause mortality.

The Cure for Vitamin D Deficiency Is Right Outside Your Door

Your Body Is Designed to Optimize Health From Sun Exposure

Sunscreens May Sabotage Health in More Ways Than One