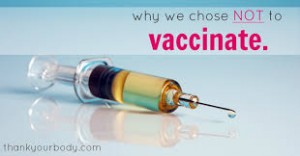 (NaturalNews) The announcement by a medical practice in Cool Springs, Tennessee, that it will stop administering vaccines out of concerns over autism could see the doctor at the heart of the scandal losing his license.

In a statement posted on the website of Cool Springs Family Medicine that has since been removed, the clinic’s only physician, Dr. Daniel Kalb, outlines eight points of contention, including links to autism and the dangerous ingredients found in vaccines such as aluminum, formaldehyde, and animal DNA that contains viruses. The statement also singles out Gardasil for being unsafe and possibly leading to neuroimmune disorders and cervical cancer.

Kalb wrote: “I’ve had 15 years experience in taking care of ASD kids. That’s a lot of vaccine injury stories from moms. Don’t tell me that they are making it up or they are just reaching for an explanation. All of those arguments are stupid.”

Dr. Kalb earned his medical degree at SUNY/Stony Brook and also holds a Master’s in Public Health. He is a fellow of the American Academy of Pediatrics and is board-certified.

Doctor’s license could be at stake

While officials from the Tennessee Department of Health were not willing to comment specifically about the case, they voiced their support for the CDC’s recommendations regarding routine immunizations. When asked by the media if Dr. Kalb could lose his license over this, they refused to speculate on what action the Board of Medical Examiners might take.

It comes as no surprise that many parties are quick to speak out against the doctor’s brave stance. There have long been calls for doctors who are opposed to vaccines to lose their license. For example, in a hateful Forbes piece, Contributor Dr. Peter Lipson calls out several doctors who have gone on the record as being opposed to vaccines.

Lipson says that “doctors speaking out against vaccination in the midst of an ongoing outbreak should be investigated, warned, and censured. They should have their licenses suspended until undergoing 150 hours of continuing medical education on public health and infectious diseases…”

He closes by adding that a cardiologist who actively encourages people to avoid vaccines and says there is no need inject chemicals into children to boost their immune systems should lose his license outright.

A 2015 article in the Washington Post by medical ethics expert Arthur L. Caplan is even less kind. He said of doctors who are opposed to vaccines: “They shouldn’t be allowed near patients, let alone TV cameras.”

“Doctors who purvey views based on anecdote, myth, hearsay, rumor, ideology, fraud or some combination of all of these, particularly during an epidemic, should have their medical licenses revoked. Thankfully, states have the right tools to do so. It’s time to use them.”

He points out that many states’ licensing boards have provisions in place for the removal of a doctor’s license if he or she is deemed to be unprofessional or incompetent or to endanger public health.

Fox 17 News Nashville reported: “According to the Tennessee Department of Health’s website, Kalb has had no disciplinary actions taken against him. It is not clear if his stance on autism and vaccines will provoke to board to take any actions against him.”

Doctor’s concerns are backed by science

It is more than a little unsettling to think that a doctor could lose his license simply for raising concerns about the vaccines he must administer to patients. He raises some valid points. For example, the MMR vaccine has indeed been linked to autism and a host of other health problems. Gardasil has been linked with seizures, cervical cancer, autoimmune disorders, short-term memory loss, paralysis, and blindness. Formaldehyde is a known carcinogen, and the list goes on.