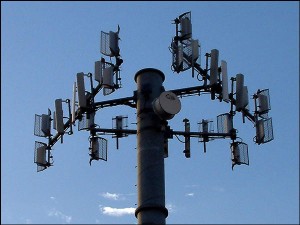 What is Electrohypersensitivity or EHS?

In addition to numerous other health problems, electromagnetic pollution has been associated with an increase in the number of individuals suffering from a condition known as electrohypersensitivity (EHS). EHS is defined by the World Health Organization as: “…a phenomenon where individuals experience adverse health effects while in the vicinity of devices emanating electric, magnetic, or electromagnetic fields.”

Human beings are bioelectrical systems. Our hearts and brains are regulated by internal bioelectrical signals. Environmental exposures to artificial EMFs can interact with fundamental biological processes in the human body.

We are living in an increasingly complex electrical environment and are inundated daily with electromagnetic frequencies ranging from less than 20 Hz (electric trains) to greater than 1 billion Hz (wireless telecommunication). Most of these frequencies are man-made and were not present until the invention and subsequent commercialization of electricity (early 1900s), radio (1920s), radar (1940s), television (1950s), computers (1970s), and cell phones (1980s). Whether, and at what intensities, these frequencies have biological effects has been a subject of scientific debate for decades.
Early recognition, avoidance of symptom-triggering agents, environmental control, treatments that may reduce residual toxins and recovery of normal biological processes are key to regaining health for people with sensitivities. Without mitigation of the incitant, people with environmental sensitivities may become severely debilitated.
Please read the entire informative article here:
http://www.weepinitiative.org/livingwithEHS.html