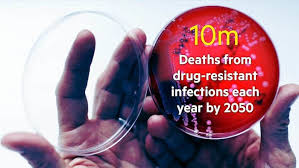 Livestock are the single biggest consumers of antibiotic drugs. The use of antibiotics on farms is arguably the biggest contributor to antibiotic resistance among humans, where drugs that used to treat deadly bugs no longer do. The result is the emergence of so-called “superbugs” that are capable of outsmarting even the most potent antibiotics, a phenomenon that’s killing people by the hundreds of thousands.

Some of the latest reports indicate that the superbug epidemic is claiming the lives of some 700,000 people annually all around the world. And if nothing is done now to stop the drug industry from continuing to poison the well, so to speak, then this number is expected to balloon more than 14-fold to 10 million lives lost by the year 2050.