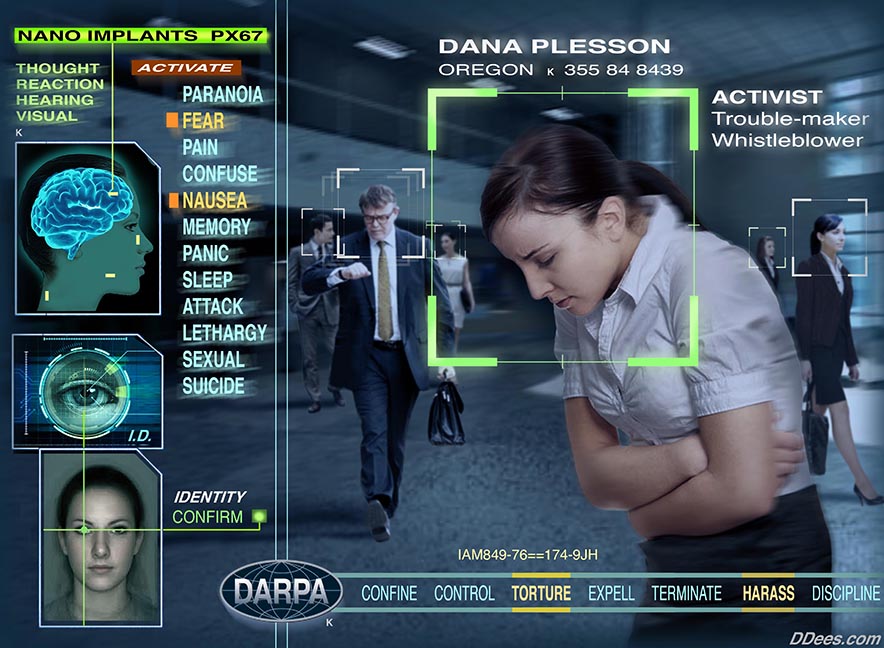 There’s a buzz in the air and it ends up residing inside your head. How often lately have you noticed a ringing in your ears that just won’t seem to go away?

The following is from the article – Psychotronic Firewalls against Public Truth

The various types of mind-kontrol deployed by the Ruling Establishment include:

1. Educational and cultural mind-kontrol which includes diversity training and political correctness which are actually neo-Bolshevik cultural programming designed to destroy America’s borders, language and Culture (credit must be given to talk show host Michael Savage for this brilliant observation). All these enculteration methodologies are combined with Television and movies and 60 cycle based blink rates and induced subliminal hypnotic states.

2. Mind-kontrol through the Controlled Major Mass Media (CMMM) Network News which is technically an illegal News Cartel Monopoly controlled by six major media moguls who report to one large investment house considered to be on the “vanguard” of such enterprises. When you have the National News “talking Heads” parroting the same lies for the last 50 years a completely false reality is created in the American Group Mind. If you express beliefs that do not agree, you are immediately labeled a “Conspiracy Theorist” and/or a “Conspiracy Nut”. Humans are social creatures and desire to conform and be approved by others. When the current social reality is false, truth-tellers are rejected and looked on as crackpots. As in #1 above subliminals, induced hypnotic and suggestive states associated with sound frequencies and 60 cycle based blink rates are deployed to set these messages at a deep subconscious level.

3. Mind-kontrol through entrainment provided by popular music and especially urban rap. Ranges from mild and subtle to extreme in some types.

4. Mind-kontrol through fluoride added to the public water, toothpaste and foods and various toxic additives in some vaccines.

6. WiFi systems which have been installed in many public schools, restaurants, businesses and homes.

8. Ground based ELF and Doppler radar systems which has secondary entrainment functions.

9. Madison Avenue Advertising and inculcated interests in dressing to conform.

11. Various min-altering drugs and mind-altering compounds added to the food and beverages.

12. MMT and other mind-kontrol additives allegedly added to the gasoline and diesel fuels including passenger aircraft.

13. Chemtrail spraying in the skies with barium, anno-aluminum, strontium and other toxic chemicals and biological agents which can be flashed psychotronically to “hive” the American mind.

14. Pre-calculated radiation discharges from numerous nuclear power-plants all over America and the pre-planned Fukushima disaster. These engineered releases are based on the CIA MK-Ultra Research on how brain function is modified by radiation injection, and inhalation. This is a very secret, very sinister completely evil combination eugenics and mind-kontrol programs. Cancer rates in America are now admitted to be one in seven and one in three in many areas and the rates are climbing everywhere because of these planned releases of radiation across America and actually the whole World too. This is one of the key eugenics programs by the Satanic Pedophile ritual child sacrifice human vivisectionists’ Global NWO Evil Agenda for the whole World. VT’s own Bob Nichols, a Project Censored award winner has done us all a great service disclosing this great evil. This man’s research is impeccable and worth learning about.

15. The newer technologically-advanced psi-chrotronics as in “Psi-power” (aka psychic or spiritual entrainment powers). These are spiritual blood spells placed on the American Group Mind through pedophilia, human vivisection, blood sacrifice, mass-murder of war and programmed mass-murder by injection, Big Medicine and Big Pharma, despite the also beneficial elements of much of these when used properly and not deployed as mass-eugenics which they are now being deployed as.