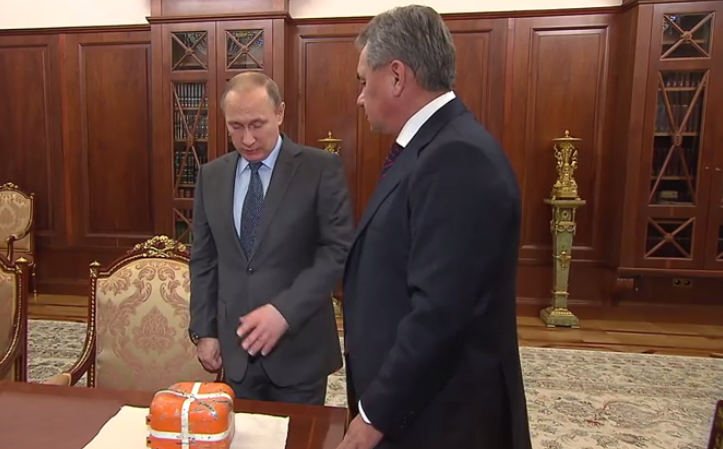 The flight data recorder of the Su-24 bomber shot down by Turkey will prove the Russian jet was in Syrian airspace, not Turkish, when the attack took place, Russian President Vladimir Putin said on Tuesday.

Putin was presented with the airplane’s black box, which was recovered by Syrian and Russian special-forces, by Russian Defense Minister Sergei Shoigu on Tuesday.

According to a report in the Moscow Times:

The Russian President made the offer during a phone conversation with British Prime Minister David Cameron when he called to offer Putin his condolences after the incident, which resulted in the death of the plane’s pilot.

Defense Minister Sergei Shoigu showed the black box to Putin at a meeting on Tuesday. The president requested that it remain closed until foreign experts arrive to participate in an investigation into the downing.

Putin has said that international experts must be present when the flight data recorder is analyzed.

The Russian Su-24 was shot down on November 24, by the Turkish Air Force, with Turkey insisting that its airspace had been violated prior to shooting down the jet. Russia argues that the bomber was in Syrian airspace when the attack occurred.