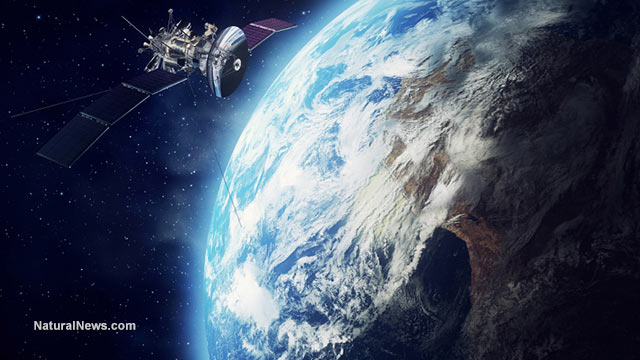 Propagandists working at the National Oceanic and Atmospheric Administration of the United States (NOAA), were caught manipulating temperature records in 2015 to make it seem that the Earth’s surface and ocean temperatures have been rising for the past 15 years.

Since the agency is controlled by the Executive branch of government, it makes sense that the manipulation of temperature data would ultimately be used to promote the global warming agenda of the Obama administration. All of this plays into a much bigger deception to gain public approval for more world governance – where the elite make decisions for the people of the world, all from the United Nations headquarters.

United Nations’ plan to restrict individual liberty through Agenda 21
We now know that there is a globalist agenda to centralize government power so that the Earth’s resources can be controlled and distributed to the people of the world in a “fair” manner. Phrases like “protecting the environment” or “sustainability of Earth’s resources” are used to bring in new rules that restrict individual liberty and promote multi-national corporate interests.

Proof of this totalitarian goal is seen in the United Nation’s Agenda 21, which is slowly influencing local governments in the US and around the world. Launched by the International Council for Local Environmental Initiatives (ICLEI) in 1991, Agenda 21 is an action plan to subtly make governments comply with UN global governance – an agenda that ultimately determines things like how everyone’s food will be grown and processed, or how much water individuals can use.

Government agencies like the NOAA can be used to manipulate and broadcast fake weather and temperature data to promote global warming fraud so that everyone is forced to believe that individual freedom is the problem, and that Earth’s resources need to be managed by global governance. This fear tactic allows the governments to implement taxes and new laws that dictate what type of energy people use, how big their homes are, how much land they can own, or how many kids they can have.

If the people can be convinced that the science is settled – that climate change is the greatest threat to the world – then the government can come up with “solutions” that restrict the people’s liberty. It’s all about control.

They also reported that, “buoy offset correction contributed 0.014°C… to the difference, and the additional weight given to the buoys because of their greater accuracy contributed 0.012°C.”

The US Congress launched an investigation into the matter, questioning the imminent threat of climate change that the President Obama continues to call “settled science.” The Congressional panel issued subpoenas and demanded that the NOAA hand over emails and records from U.S. scientists who participated in the study. The NOAA refused, and the investigation is ongoing.

Weather satellite battery failures – accident or design?
Interestingly, an important weather satellite, the NOAA 16, had reportedly broken up on November 25th. The Joint Space Operations Center identified an unspecified amount of “associated objects” orbiting around the abruptly destroyed NOAA 16 at 3:41 A.M. Eastern time. The reports indicate there was no collision; accordingly, NOAA 16 broke apart by itself due to a faulty battery. Launched in 2000, the weather satellite was expected to last up to five years in space. NOAA continued to use the satellite until June 2014, when they retired the spacecraft because of a “critical anomaly.”

Earlier in the year, another satellite exploded – the Defense Meteorological Satellite Program Flight 13 satellite. The implosion was due to a ruptured battery. Similiarly, in 1993, NOAA 13 suddenly shut down “due to a full battery discharge.”

The newly imploded NOAA 16 contained the same type of battery that these self-destructed satellites possessed. Were the batteries, designed by Lockheed Martin Space Systems, designed to fail on command? Did the engineers for Lockheed equip the satellites with a kill switch to destroy certain types of data that could be damning to world agendas?