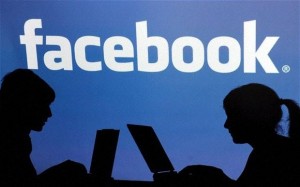 Facebook has become such a pervasive force in modern society that increasing numbers of employers, and even some psychologists, believe people who aren’t on social networking sites are ‘suspicious.’

The German magazine Der Taggspiegel went so far as to point out that accused theatre shooter James Holmes and Norwegian mass murder Anders Behring Breivik have common ground in their lack of Facebook profiles.

On a more tangible level, Forbes.com reports that human resources departments across the country are becoming more wary of young job candidates who don’t use the site.

Normal: Facebook has become so pervasive in this culture that not having a profile is considered ‘abnormal’

The common concern among bosses is that a lack of Facebook could mean the applicant’s account could be so full of red flags that it had to be deleted.

Slate.com tech reporter Farhad Manjoo wrote in an advice column that young people shouldn’t date anyone who isn’t on Facebook.