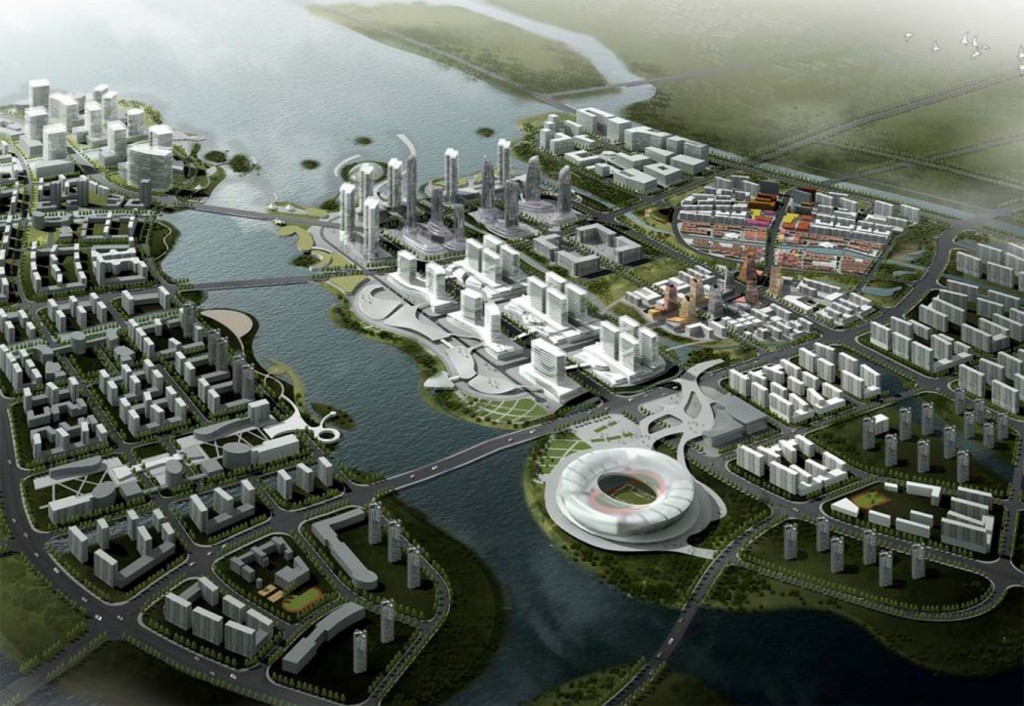 By 2030 it is expected that an estimated 4 billion people will live in eco-cities, which are controlled environments where sustainability mandates how much water, energy, food and production is allowed in urbanized areas.

Targets and restrictions will replace traditional living to keep the land used for habitat from becoming a wasteland and protect the surrounding wildlife.

Global research on renewable energy and clean technology in an international hub will collaborate to overcome human challenges as population becomes denser.

In eco-cities, private cars will be banned, forcing people to use high-speed mass transit, bicycles or simply walk to their destination. Narrower streets and huge walls to separate the eco-city from the surrounding wildlife preserves will aid in controlling the temperature of the city. 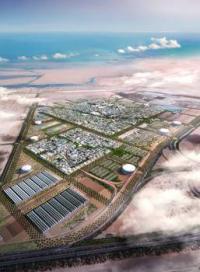 Several cities in America are transforming their existing urban cities into these eco-cities that are marketed as “laboratories of innovation and progress”.

In Osceola County, Central Florida, Anthony Pugliese, president and CEO of Pugliese Development Co (PDC) is building an eco-sustainable city called Destiny where the entire landscape will reduce on-site carbon emissions to zero. PDC has partnered with technology companies to mandate LED lighting, solar panels. The city will sustain a population of an estimated 250,000; with 10,000 residential units and 7 million sq. ft. of commercial space.

Use of gray water for irrigation, electric community cars for every-person use, and a biomass plant that will facilitate the purchase of energy credits will be the controlling factors that create a sustainable urban development.

PDC has been given recognition by the Clinton Climate Initiative (CCI), former president Bill Clinton’s program to advance solutions for climate change. CCI collaborates with businesses, environmental groups to bring coercive influence on local, national and over-reaching social levels to demonstrate the necessity of reforming policy, decision-making and infrastructure that have Agenda 21 policies at their forefront.

In Cleveland, Ohio, the incorporated Cleveland EcoVillage project redevelops existing areas through partnerships with the city, regional transit authority and private developers. Local residents are subject to Delphi techniques to ensure they cooperate with the changes to their neighbourhood.

The EcoVillage is a national project dedicated to displaying green building and transit-orientated development by rearranging urban life to adhere to Agenda 21.

Virginia Tech’s Department of Urban Affairs and Planning located in Alexandria has created an Eco-City Charter andEnvironmental Action Plan of 2030 that is moving the city toward sustainable development.

They plan on turning Alexandria into an eco-city that is naturally built with environmental sustainability so that the city and surrounding areas function as one ecological system. The social, economic and sense of community will be focused on sustainability foremost; to prevent “problems in the future”.

All across America, sustainable development “cities”managed and constructed under the policies of Agenda 21 are popping up with the assistance of globalist groups masquerading as grassroots efforts.

One example are the Ecocity Builders, a non-profit organization which is a collaboration of international networks of associates that influence and actively participate in local city planning projects all across the United States. Through training courses, they advocate the eco-city approach as the only way to continue in civilized society.

Living in densely populated areas where transportation is limited, the buldings regulate use of water, energy, and waste; while food production is strictly managed by the city planners. This is where the global Elite want to place every man, woman and child.

In the next few decades, we will see the transition of our hometowns into sustainable prisons. The alterations are happening right now in most cities where urbanized living is most congested.

Ultimately, the lies of the eco-city concept are that it provides “a practical vision for a sustainable and restorative human presence on this planet and suggests a path towards its achievement through the rebuilding of cities, towns and villages in balance with living systems.”